I’ve previously mentioned about the idea of make do and mend and how it’s been replaced by a disposable culture. Home users of products are even called “Consumers”. Thanks to the IET, I now know that Wall Street bankers are at least partly to blame. 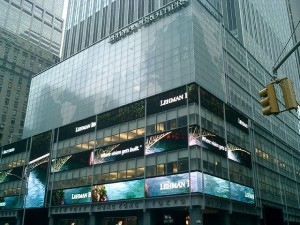 Back in the 1920s, Paul Mazur from Lehman Brothers suggested that, “People must be trained to desire and want new things even before the old are entirely consumed. We must shape a new mentality. Man’s desire must overshadow his needs”, “If what had filled the consume market yesterday could only be made obsolete today, that a whole market would be again available tomorrow.” This idea was implemented by General Motors in 1924 as “dynamic obsolescence”, their cars were designed to be replaced in just a few years by newer and more fashionable models.

So what can be done about this? Businesses have been looking at things such as Total Cost of Ownership. To reduce this total cost, products need to be reliable, easy to install, maintain and replace. Is it acceptable that things have no user serviceable parts inside? If servicing was cheap and convenient, would many of us not buy a new washer drier but be happy to have a service contract instead to keep the product running for 10-20 years?

Products need to be compatible with previous designs. The recent example of this is the proposal for the universal mobile phone charger using MiniUSB. Moving the cost of disposal from the consumer to manufacture is also a way to encourage product designers to make things that last. The WEEE regulations are one thing that can help with this but fundamentally we need to move away from being consumers to be home users.

4 thoughts on “Throw away society?”