2010 has been been an interesting year for Workshopshed. I started the year messing around with aluminum blocks and an angle grinder. They get very hot but look good when cooled. 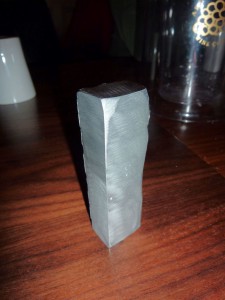 Also in January I commented on the London Model Engineering Exhibition, I did not have chance to attend but it was still the most commonly viewed post of the year. Another popular post in January was the article on the nano machines tiny metal working tools from SIEG.

In February I was doing a lot of reading and reviewed books on performance welding and some old books I found on casting.

March saw the arrival of my TIG welder, and a very rapid switch from small bottles of gas to a larger tank of argon from Weldair Supplies. In March was the first of three interviews for the year, Tim Adams from Gatergrotto explained how he made sculptures from scrap metal. 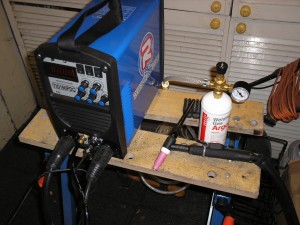 April was welding month, and as well as a couple of practice welds, I also made some storage tubes for my welding rods.

May allowed me some time to work on my knurling tool, however the result was some irregular shaped holes and got me thinking about fixing the problem by boring the holes on a face plate. May also had the virtual tour of the Shedworking book in which the workshopshed blog had a mention.

June had one of your and my favourite posts, Welding the Elephant, I also constructed a couple of welded garden obelisks to support some climbing plants whilst building works were done on the house. This also started a period where the shed was difficult to access or being used as storage for items from the house. July started with shed week, of course I was interested in the workshop sheds and unfortunately the workshop category winner was not the overall winner.

August started with the most popular post of the year, an interview with Alan Ross and his fantastic sculptures. A second interview with Bob Wright later in the month looked at some of his home made tools and his train layouts suspended in welded frames hanging from the ceiling. Alan Ross returned in September to provide a guest blog entry about bending and jigs.

October was an academic month and I read about early aeroplanes and pondered Sheffield Steel and drilling square holes.

Another guest in November, Vernon told of how he created a vertical slide for his lathe. The self repair manifesto was also popular with twitter readers.

A family visit the 103rd Model Engineering Show was a fine finish to the year. 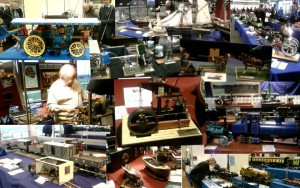