I attended the Stirling Air Engine rally at the weekend at Kew Bridge Steam Museum and I’m happy to report that it was a very successful event.

We were greeted on arrived by a large wood burning engine powering a water pump. 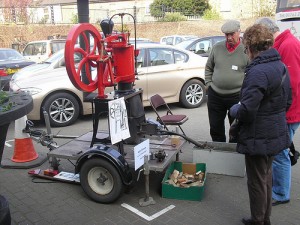 Entry to the museum is quite expensive but the tickets are valid for a year so you can revisit as many times as you want. If you made just 3 trips a year then each would be less than a pint of beer.

There is a surprising amount of spare space in the buildingwith the exhibits interspersed with the massive steam engines of the museum. 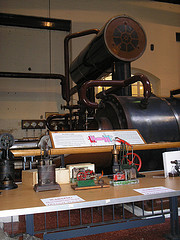 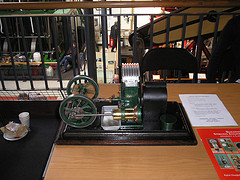 The Roy Darlington from the S.M.E.E. and Julian Wood from the Stirling Society demonstrated their vehicles which performed brilliantly. 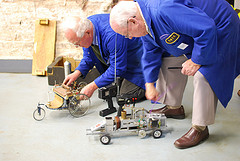 The cafe was popular and portions were generous. Outside the railway was running and the carriages seemed to be full, it was nice to hear the engining running past the cafe window.

There was a wide variety of models from the small to the very large and I’m sure that the judges had a hard time working out which was the most inovative. Unfortunately I could not stay to hear the results of the competitions but Bob Sier of the Stirling Society emailed me with the results.

There are a couple of other special events later in the year. Next month on 16th April there is a Magic of Mechano Show and in June there is a multi day event “The Greatest Steampunk Exhibition” which runs for most of the month.