During National Shed Week, the Electrical Safety Council is reminding people of the electrical safety issues in their sheds with their Plug into Safety campaign. 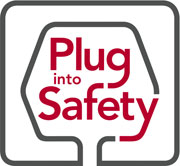 “Of the top five ‘shed hazards’ identified below, three relate to electrical safety:

I’m normally pretty good at checking my cables and using the RCD but I must confess to being guilty to leaving the tools uncovered.

Thanks to Plug into Safety’s prompt I’ve done some more research into RCDs.

The first issue I looked at is if you’ve got an RCD in your consumer unit then do you also need one in your shed or plug socket?

I got the answer to this from the IET Autumn 2005 wiring matters. For outside equipment you want to have a RCD that protects the person (rather than just the equipment) this means that it must NOT be selective and that it MUST be rated for residual operating current not exceeding 30mA. 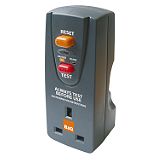 The second issue is if you have a consumer unit in your shed/garage then how do you stop faults there tripping the household one too?

This is where that “selective” rating comes in. “Discrimination” is when you have one or more RCDs in series and the one nearest the user would trip first, the one in the consumer unit would protect from faults occurring between the house and shed. So you won’t need to walk back to the house to reset a second circuit breaker.

My next question I asked to lots of people, the Electrical Safety Council answered it for me. Several people on various forums commented that their welders tripped their circuits.

“The majority of arc welders in terms of design should not trip an RCD under normal operating conditions, particularly the type with a 13-amp plug. They do, however, use high starting currents, which means that circuit breakers can trip out – not RCDs. Most circuit breakers or RCBOs (which is a combination of both a circuit breaker and an RCD) typically installed in homes are not designed for high starting currents, and these may trip out with an arc welder. If in doubt, contact the manufacturer.” 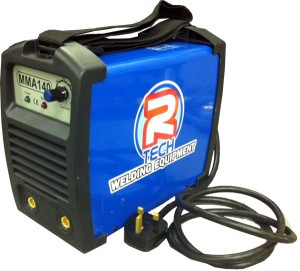 For a similar reason it’s always a good idea to unwind and extension cables you before use. If you know that your equipment (welders, lathes, milling machines etc) has a high surge current requirement then let your electrician know and they can select the right type of MCB for your consumer unit.

“This is a myth; they can. There is no difference between single-phase and three-phase equipment in terms of RCD protection. Three-phase is not very common in households.”

Many thanks to the Electrical Safety Council for taking time to answer my questions and for raising the awareness of shed safety issues.