What to Look for in a CAD System

When you are just making stuff for yourself it’s fine to just sketch things out on a pad and make them. However, if you are working with others it is good to have proper drawings that you can share and discuss. I have also used a 3d Graphics program to visualise some of my projects. 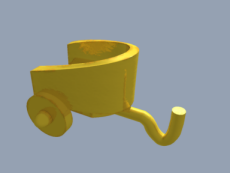 This year I’m looking at getting back in practice with using a CAD system so I can draw up some of my projects. I did have several weeks training with Dowty back in the 1990s on manual drafting and a little time was spent with their DOS based Autocad system but things have changed a bit since then. So I asked the CAD Expert Paul Tracey what his recomendations were.

What to Look for in a CAD System.

At the risk of stating the blatantly obvious, any CAD System is just a tool. So you need the one that’s right for you, normally not the most expensive or complicated. A hammer is a hammer, but I’m sure we all have several different ones in our tool box for obvious reasons. So when I’m asked advice concerning the best system for a client, my first question is – What do you need to do? I’m always happy to talk in detail about possibilities, but in terms of general rules, below are some pointers.

A lot of people still draw exclusively in 2D, although a young engineer entering the job market is not going to get far if they don’t understand 3D CAD. All modern engineers draw in 3D, once you understand how to do it, then it is easier and faster than 2D. Architects and Interior designers are in the same boat. Why draw three orthographic views when one 3D is quicker and easier to edit. The computer will turn the 3D drawing into orthographic views for you – and sort out your sections.
So 3D is the way forward for most, however I do understand that some want to stay with their 2D, which they understand and feel safe with. For these the choice goes from free, DoubleCAD, up to AutoCAD LT at about £1,200. Considering a rectangle is a rectangle in both packages and they use the same file formats and look the same, I can’t really see any reason for putting your hand in your pocket. There is a professional version of DoubleCAD that will take in 3D drawings and turn them into 2D.
The next stage up is the chap that says that they need to draw in 2D, but would like to get into 3D at some point. For these the choice is easy, TurboCAD Deluxe is inexpensive, enables you to do anything you’d want in 2D, but also has plenty of 3D functionality. It gives you the chance to learn the principles of drawing in 3D without having to dig deep in your pocket and there’s free training on YouTube and excellent training books available. 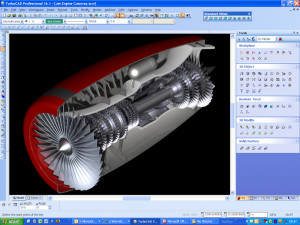 Make sure that what you buy has training that you understand and need. Some people like books, some on-line films. Don’t just presume that you’ll work it out, these packages are not intuitive, you’ll need help at the start and when you’ll pulling your hair out because a line refuses to move where you want it to and the job’s got to be finished and sent that day, you need to feel safe that you have back-up. I’ve had people at their wits end call me after spending hours trying to sort something that I resolved for them in a few seconds.
And if you need to enroll on a course of evening classes, ask yourself why you need to take so long to learn it and remember – the bloke teaching the class didn’t want to come out on a winter’s evening either, I know – I’ve done it.

Occasionally some people have technical problems with a computer crashing or unintelligible error messages turning up. Ensure there is someone who will resolve this for you for free. If the people publishing the package want a few hundred quid a year from you in case their software screws up, I’d walk. It’s a bit like the shop wanting you to take out insurance on a brand new washing machine in case it goes wrong – why should it. 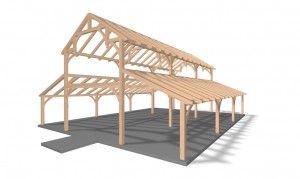 Ensure that you package opens and saves in all the main CAD file formats, so DWG, DXF, 3DS, DAE and at least saves in PDF. You’ll at some point want to swap files, so you need to be able to talk these languages.

Lastly there is the reality that some people learn quicker than others. For some of us computers came along in mid life, after years of working on a drawing board, for other they have always been around. So be careful that you don’t buy something that is going to be so hard for you to learn that you eventually give up and feel that you’ve wasted your money.
Generally speaking, when interior designers and fitters come to me needing to do planed layouts, but also wanting a 3D representation, then I recommend TurboCAD Deluxe and Google SketchUp Professional, neither cost much, are easy to learn and will produce results at the highest professional standard.
For an engineer I recommend TurboCAD Professional Platinum at less than a thousand pounds including training. 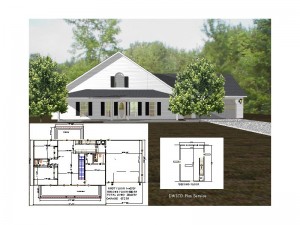 Under the guise of PaulTheCAD, Paul Tracey, looks after all aspects of TurboCAD and Google SketchUp in the UK and much of Europe. He is also an artist, having exhibited paintings in capital cities throughout the world.
Paul runs the official distributer networks for these packages ensuring that both resellers and end users have up to date information on the packages, are fully aware of developments and advises on functionality matters. As well as this he runs training courses and writes articles for various magazines. He also organizes specialist help for companies working on projects where their expertise with the software is not fully developed.

3 thoughts on “What to Look for in a CAD System”