I received a Kindle for Christmas and one of the first things I did was to look for free books to read. I managed to find a few and the first was James Watt’s biography by Andrew Carnegie.

James Watt’s biography is an interesting contrast to fellow Scottish inventor James Nasmyth’s autobiography that I read last year. Although both had similar starts of inventing things in their bedrooms, it’s very clear that Watt was more of a scientist than an engineer. He could not get himself an apprenticeship so setup workshop at the University of Glasgow and whilst repairing scientific instrunents he was running experiments into a diverse range of subjects. 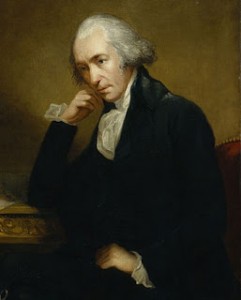 Unlike Nasmyth, Watt had a hard time handling the business side of building engines and often got his partner Mathew Boulton to take over negiotiations. The two made a good pairing and this resulted in many improvements to the steam engine such as a separate condenser, double acting pistons and not forgetting the famous centrifugal governor. 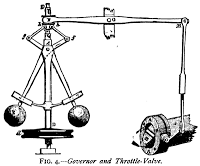 In his later life he got interested in copying and scaling sculptures and some of the apparatus for this are preserved in a reproduction of his workshop at the sciencemuseum.

Like many of these historical kindle books, there are no illustrations or pictures in the book but it’s well written and gives you an insight into the life of this great man. Importantly this is not a book on how to build steam engines.