In Model Engineer No 4329 July 2008 there was a set of plans by Jan Ridders for building a coffee cup stirling engine. I liked the model but had some ideas for adapting it to make it a little more interesting also also a bit more like a steam engine design. I also started collecting bits to make the model, mostly thick aluminium sheet in the form of old frying pans. 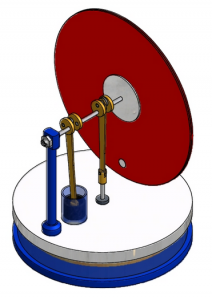 The main changes for my design are the flywheel and the support for the wheel, otherwise the changes are cosmetic.

Back in 2011, I contracted “Roboraith” on Fiverr to build me a 2 part pattern in CAD for the flywheel from my sketches. After a few iterations we came up with something workable. 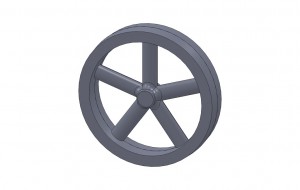 Retrospectively it would have been better to have a 3D printing expert advise on the design but at the time I did not know anyone with a printer. I found Richard Gain online and he volunteered to look at my files. I’d designed the pattern with pins and holes to fit together when in the molding box. However, when Richard looked at printing it there was an issue. The half with the pins is problematic in that there would be no support for the wheel once the pins were printed. We did conclude that printing two of the female parts and adding metal pins after the fact would work just as well. Richard printed me a couple in ABS as I was a bit worried that the PLA would not have good resilience in an outdoor environment. 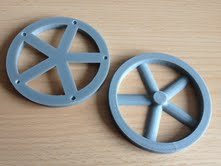 I need to add the pins and check it works ok with the sand but I’m confident that it will make a good casting.

The next thing to convert to CAD is the support frame. This should be a lot easier to build as it’s a single piece and is a straight extrusion of the 2D shape. I should be able to do that myself using Autodesk 123D which is a free 3D design application. 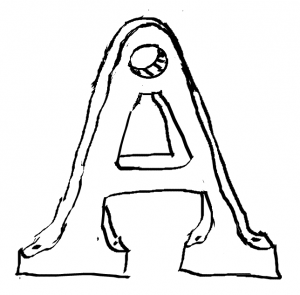 One thought on “3D printing a pattern for sand casting”