This weekend saw London’s first Mini Makers Faire. On Saturday was the interactive day was based at the London College of Communication at Elephant and Castle. There were a few trade stalls, many creations people had made, projects to get involved in and practical sessions to learn skills such as soldering surface mount devices.

The ground floor was full of 3D printers including a large number of RepRaps from the Thames Valley RepRap group who help printer makers and get group discounts. When we met them they were making a second giant head of Alan Turing after having already completed one earlier.

Upstairs had a small trade stalls including many of the “usual suspects” such as Sugru, Element14 and Phenoptics. There was conductive paint from bare conductive, Raspberry Pi Kits and accessories, robots kits, musical kits, soft toys with conductive thread and a large number of other things. I’ll likely go through the list of suppliers and check out their websites.

I attended in the afternoon with the family so did not have much time for photos. I did manage to say a quick hello to some of the hard working meetup organisers such as Marc from London Arduinio and Fiddian from Makers Guild.

I also managed a few shots of the artistic creations by the college students. 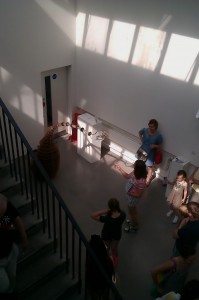 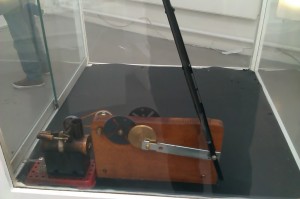 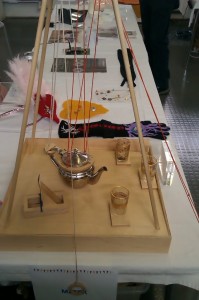 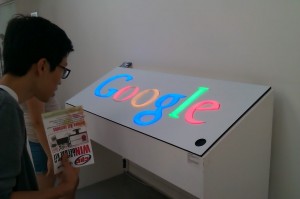 The Sunday session for the Makers faire was over at the V&A and had talks from speakers such as Cory Doctorow and Tim Hunkin but unfortunately I could not attend that.