The ironwork out in the South West corner of London is different to that seen in the centre. In Mayfair and St James I saw lots of railings and balconies. For Richmond, Ham and Kew the focus is on the main gate which is wide has a big surrond which gives a visitor a good view of the driveway and house. 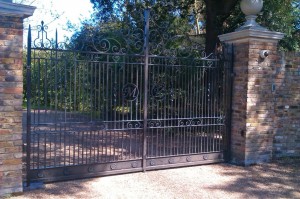 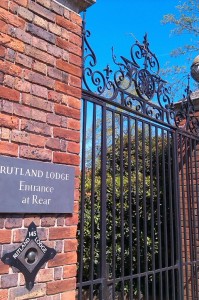 Many of these have complex gate posts that rise much higher that the gates. Unsurprisingly Kew Gardens has some particular find examples and these are some of the largest I’ve seen. 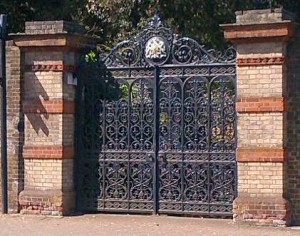 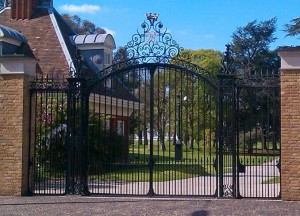 In Richmond town the gates are smaller but no less detailed. 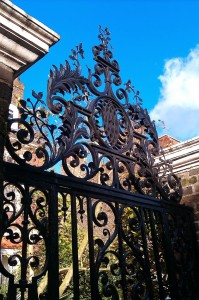 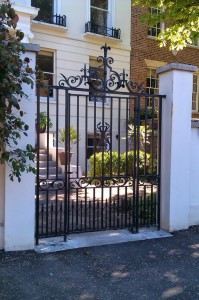 Down by the river there are some excellent modern designs on the bridges both big and small. I also saw some delightful metalwork up by the American University but more on that in a later post.