Scottish Power have confirmed plans that following a “yes” vote for Scottish Independence they will be switching their electricity distribution network to DC.

This change will allow them to drop their requirement to synchronise their generators with the English 50hz system. Keith Anderson explained that since the famous Edison vs Tesla Ac vs DC “War of Currents” back in the late 1880s there have been many technological improvements and DC fits with their renewable power and storage plans. “Many products are already DC” he said so eliminating the wasteful conversion could save Scottish consumers upto 11% on their on going electricity bills. 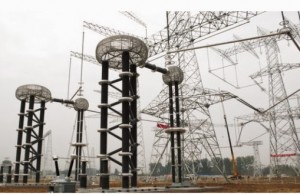 DC to AC conversion stations will be introduced at Moffat, Jedbourgh and a plant just to the north of Berwick on Tweed to allow Scotland to sell electricity to the rest of the UK.

The massive infrastructure project will bring jobs to Scotland and requires many houses to switch to a new design of plug and socket to avoid compatibility issues with older products.

3 thoughts on “Scotland to switch to DC”