A few weeks back my 3 year old daughter gained a “Sooty” magic wand on the front of a magazine and has been trying to make things appear and disappear ever since. To help her “magic things” I was thinking about self working tricks. Initially I thought about some high tech solutions such as something that would respond to 3 taps of the wand in a similar manner to this secret knock detector.

However, I then remembered the old “Pepper’s Ghost” trick which is an optical illusion which can make people appear and disappear simply by changing the lights. I borrowed some ideas Übernotes from to build one. 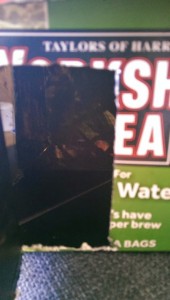 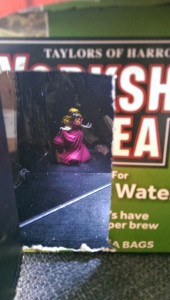 We created the effect by painting the inside of an old teabox with black poster paint. When it was dry a door was cut in the front and a flap in the top. we also added part of a fahita box for a roof. 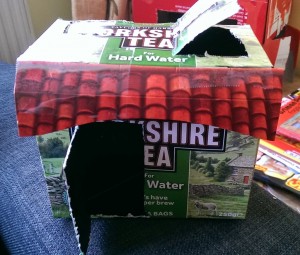 After a quick trip down the workshop to cut a piece of perspex, we added that in with some whitetack. Finally a figure was added on the right of the box. All that was left was to shine a torch through the hole in the top. Here’s the effect in action.