Most people working with steel go to great lengths to make sure that it does not rust. However “Weathering Steel” or Cor-Ten® Steel as it’s most commonly known is actually designed to rust. The sheets rust following installation and generate a protective oxide layer that can protect the underlying metal. However as for most coatings this is not totally imperviable and the manufacturers recommend not installing it in salt water areas or in places that have a lot of fog.

The key feature of the metal is the wonderful autumnal colour that the metal turns when rusted and hence it’s used a lot in architectural and sculptural work.

Here’s some great examples, to find out more about the artist click on the images. 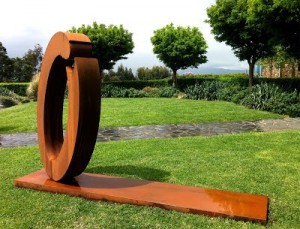 Celine with Shadow, 2013 by Zadok Ben-David 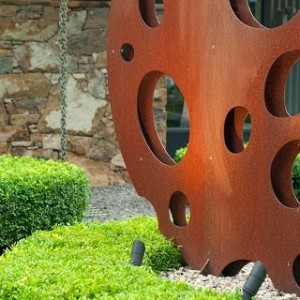 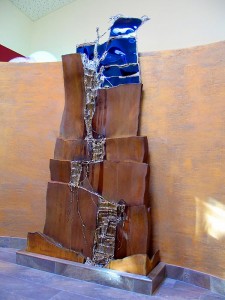