A few years back we had a new kitchen installed, it’s proved reliable with the exception of a high cupboard with a lift up door. The screws holding the door to the hinge started dropping out. Because the doors are made from faced chipboard I knew it wasn’t just a case of putting bigger screws in place.

I quizzed my Twitter followers to see their recommendations. Thanks to Alfred Chow, Tony Durham and Andy Weeds for their ideas. Several people suggested drilling out the holes and plugging them. @jbwelduk suggested an epoxy putty and @supafixuk had a powder and fixer product they recommended. When I checked my supplies I realised I already had an epoxy putty product from when I was fixing shelves in the bathroom.

I removed the door and it was clear why the screws had dropped out, the clipboard had blown out. 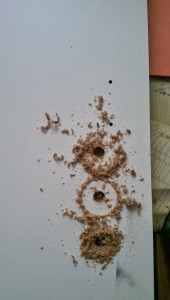 I picked a drill larger than the damaged area and drilled each screw hole larger. 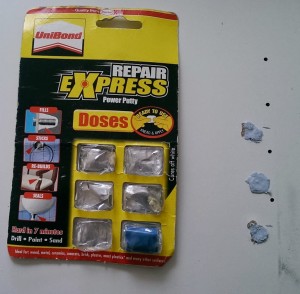 The waste was removed and the holes cleaned before fitting with the putty. 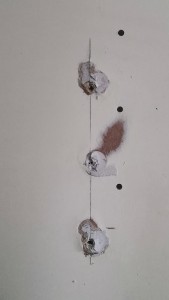 Once it was dry I sanded it flat and used a bradawl to make some pilot holes. 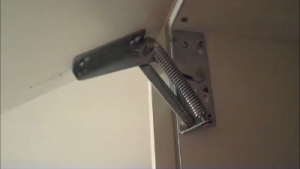 The hinges were fitted and hopefully this will be a solid long term repair.