2015 is the 50th anniversary of the UK’s promise to adopt the metric system, we believe it’s time to act on that promise.
The metric party wants to bring the UK into the modern age by eradicating a costly foreign blight on our land. The conflicting standards of the imperial measuring system have no place in a modern civilised society so the Metric Party have a strategy to resolve this.

The key infrastructure projects for the UK will be the elimination of antiquated road signage.
To ease the transition to metric distance signs the first phase will be a reduction in unnecessary signage. This will be coupled with a rollout of electronic signs that can be easily reprogrammed in Km. The change will be implemented during the summer bank holiday as most cars are stationary during that period. 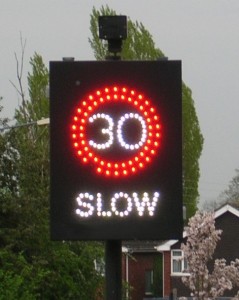 The new speed limits will be 30Km/h in populated areas, 100Km/h on A roads
and 120Km/h on motorways and dual carriage ways. The new lowest limit will help increase safety but also reduce the cost of the rollout. In accident hotspots the local authority will be able to keep their reduced speed signs eg. 50 and 40 instead of the national speed limit. However, these will now represents the speed in Km/h. All data on road speeds will be provided as part of the Open Data scheme.
All new cars will have a Km/h only speedometer and it will be illegal to sell satellite navigation units using measurement other than a metric distance measurement.

The metric party understand that the above infrastructure projects will cause a lot of disruption so will balance this with no changes to economic policy whatever. This will allow businesses and individuals to invest with security. Only British companies will be allowed to tender for the infrastructure and education projects as these projects are deemed to be of National importance.

The key reform of the NHS will be expansion of prosthetic and finger transplant surgery. This will be partly funded by “medical tourism” as the UK will become a centre of excellence in this area. It is hoped that by 2020 all of the population of the UK will have at least 10 fingers. 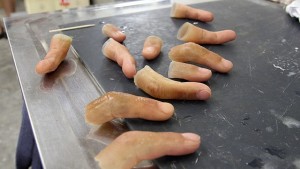 Care for the elderly

The elderly could be at a disadvantage in a modern metric society due to have been indoctrinated in their youth. To help an education programme will train a series of Senior Ambassador / Development who will in turn train more old people and make them SAD.

One of the big political issues in the UK is that our MPs have poor understanding of science, technology, engineering and mathematics. Studies show that most politicians don’t even have a basic level of mathematics knowledge. The metric party propose that all new MPs will need to pass a written exam in these subjects and existing MPs will have 6 months to be trained up or will be expelled.

The armed forces will be expected to play their part in educating our young people in metric measurement. Ex-services personnel will be encouraged to participate in training and readjusting individuals who are reluctant to relinquish their old ways.

The British education system has been successfully teaching young people the metric system since the 1970s. It is proposed that a reverse education programme will help these young people spread the joy of metric into their communities. Any old rulers still with imperial measurements will be replaced a cm and mm ruler. The metric party will keep a selection of these for a new museum of antiquated technology to be located in Northampton. Schools will be provided with bins to collect any old rulers or weights that children may bring from home. A selection of songs and rhymes for the younger students will be composed by the poet laureate to promote the new way.

All people wanting to move to the UK will have to be proficient in the metric system. A test will be completed in a language of their choice.

One of the key benefits of metrification is to avoid confusion due to the old Imperial ways. The metric party will collaborate with Europe and Africa to help underdeveloped countries such as the USA into the 21st century. It is hoped that we can eradicate this global plague within 20 to 30 years. Any company wishing to do business in the UK will have to use metric in all their operations regardless of country. 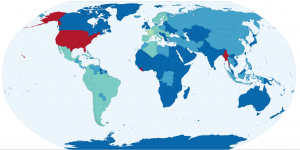 It is understood that religion has a deep meaning for many of the UK population but it also has a long tradition of teaching people right from wrong. All sermons and speeches will be now given with metric weights and measures. All new religious books printed after the election will also be corrected

The Metric party does not wish to destroy the “good old British pint of beer” and will let the public decide. To help in this decision, beer served in pints will be taxed at double duty and any pub not wishing to go completely metric will have monthly audits to measure the desire for the pint over the 1/2 litre. 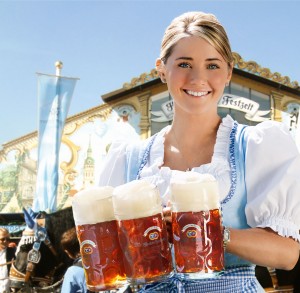 This has been a party political broadcast by the Metric Party. These opinions are their own and may not reflect the opinions of this website.

2 thoughts on “Party Political Broadcast by the Metric UK Party”