Self tapping vs. Thread cutting screws.

Bespoke furniture maker Jamie Hubbard asked on twitter the other day if anyone knew the name of the following screw which he’d dug out of an old car light fitting. 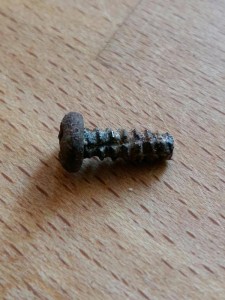 All of these self tapping and thread cutting screws have one thing in common, they are harder than regular screws. As the names might suggest these screws also create their own thread. Also the thread form is different to a wood screw or machine screw. These screws have a small flank angle and wide root, this makes them easier to insert. 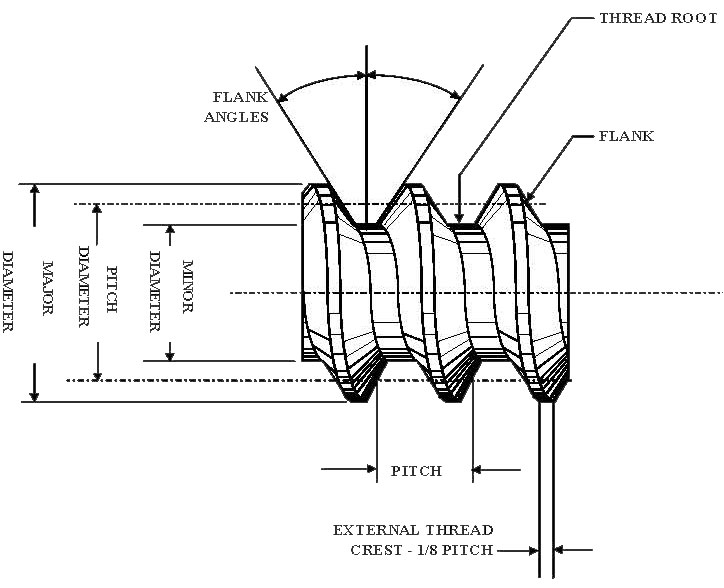 Garry’s comment was that it’s the pointed end that makes the difference between self tapping and thread cutting but my research shows something a bit different. The key difference between the two types is how this thread is created. For a self tapping screw the thread is created by deforming or squashing the material in the hole. Those with slashes up the side or a part ground off the end actually cut the thread in a similar manner to a tap. The other thing I found out is that all of the end types have particular code names. 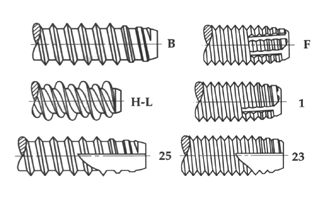 I checked what I had in my case of screws and found 4 examples of slightly different screws.

So looking at my four examples, the first is a regular self tapping screw, the second a blunt end self tapping screw, the 3rd is a thread cutting screw suitable for plastics and finally the last is an Ikea example with a pilot on the end designed to help ensure that the screw goes in straight. Looking at Jamie’s screw that’s a thread cutting screw too, the reason for using that in the car example is that the lights are polycarbonate which is brittle, if you tried to form a thread in that it would break but it does respond well to being tapped.

Note that all of these screw require a pilot hole to be drilled however you can get get screws with self drilling ends too, maybe I’ll cover those in a follow up article.

3 thoughts on “Self tapping vs. Thread cutting screws.”