A lot of the things on show at the Maker Faire were what I’d call “Gadgets” they were mostly electronics with a simple mechanical aspect. However some of the things I was most interested in were those with more mechanical engineering.

The Mechanical horse by Adrian Landon. Adrian took two years to assemble this full sized galloping horse sculpture. It was single-handedly designed, machined and sculpted at his home and in metal shop in Brooklyn, NY. By pressing a button it can be made to gallop in mid air. 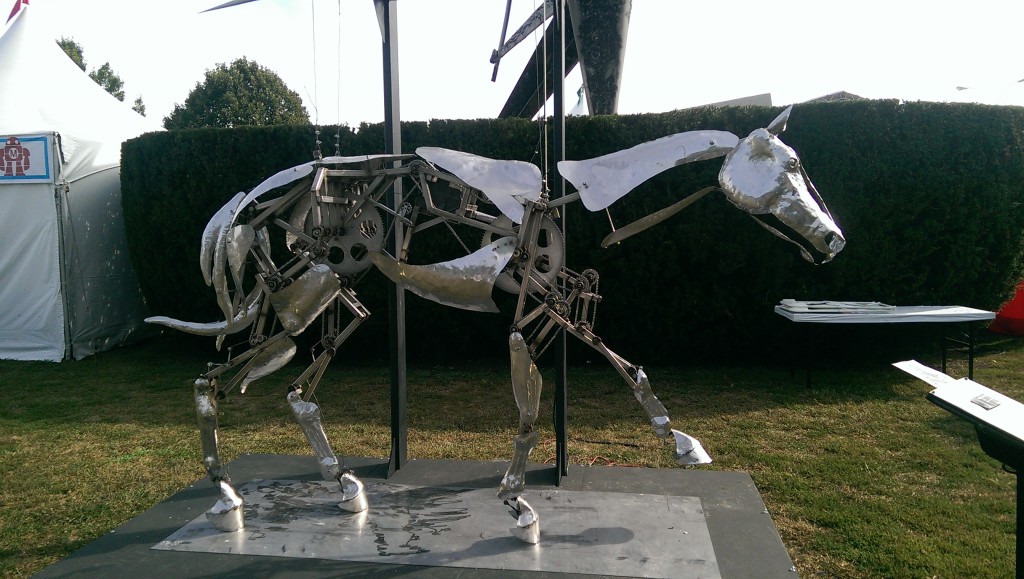 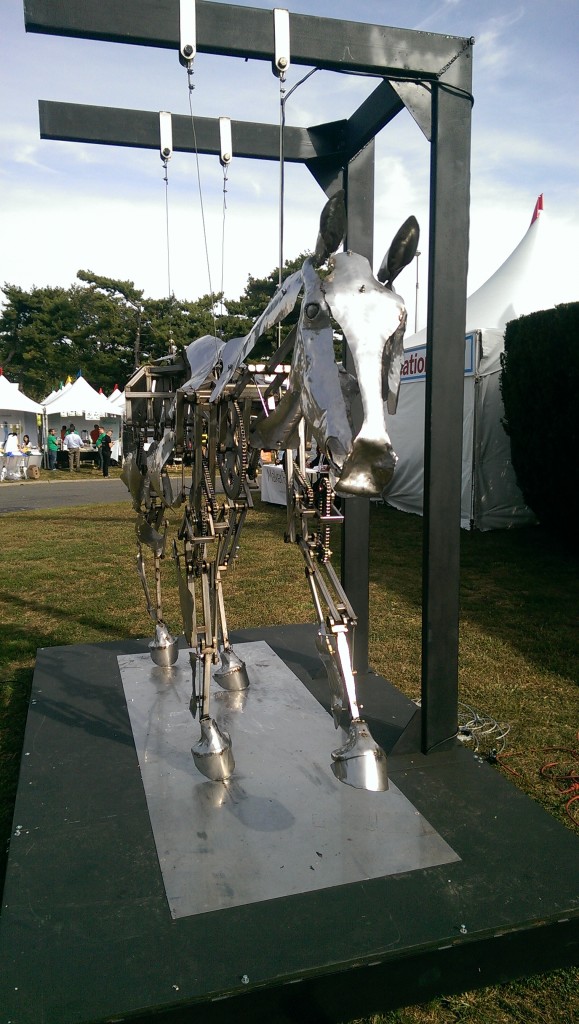 Not far from the horse was Robot Resurrection a 30ft tall robot with twin flame throwers. Shane Evans started welding the robot from aeroplane parts back in 2013, he worked with volunteers and they finished the project in just 8 months. The collaboration allowed each of the members to bring in different skills and they all learnt from the experience. Robot Resurrection has touring the USA for the last couple of years including other Maker Faires and the Burning Man festival. 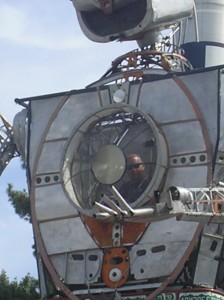 Board game turned into performance art

Possibly my favourite exhibit of the whole show was the Life Sized Mousetrap.

Mark Perez built this crazy contraption from scrap and old lift parts. The mechanism has several modules that are linked by triggers and mirror the original parts from the Mousetrap board game. Old favourites such as the stop sign, boot, rickety stairs, bath tub and diver are present. The final part is a stiff legged derrick crane built by Mark which drops a 2 ton safe onto a car. You can feel the earth move when that hits.

Mark was a big fan of the game as a child and wanted to recreate the experience as an adult in an oversized version. Once he’d created it, it seemed only natural to share this great machine with others. So they tour the country with the mouse trap packed into large truck. A range of crazy characters help with the show such as the engineer clowns and a one woman band Esmerelda Strange I’ve still more to write about and also have spotted that Make Magazine is doing a series of posts on the show too. You can see their reports at Makezine.com