“This way to robots”, “The robots are coming” said the signs. 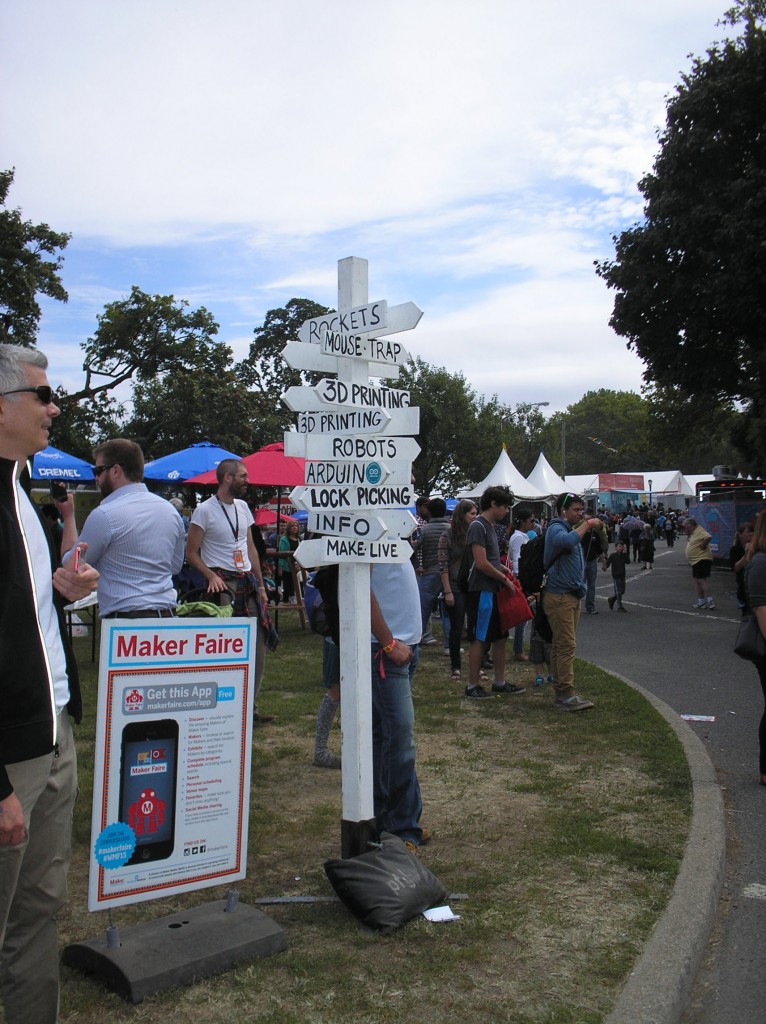 As well as the giant Robot Resurrection, there were lots of other robots at the faire. Some were the final project, some were to demonstrate some electronics and some were kits. Many of the robots were Arduino based so it was not surprising that the Arduino stands had a few robots of their own. There were other companies with robots too, the Infusion Drive System was a modular drive system and was nicely demonstrated with a big rover. Neuron Robotics had a robot controller and makerblock were playing football with their robot kits. 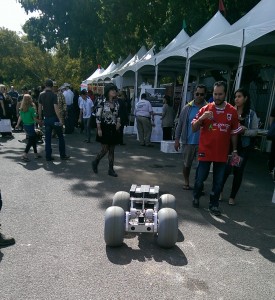 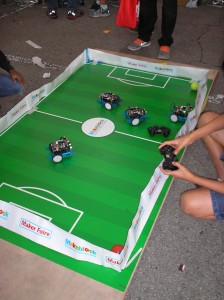 There was a good showing from the schools with some competition winning robots that could throw and catch balls, and stack crates. They also had some good small rovers and motion tracking bots too. 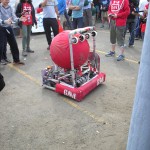 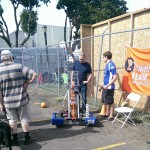 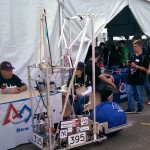 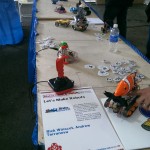 The maker spaces also had some good examples with these sumo bots from CT Makers, the R2D2 Builders club and some simple examples from Soft Lab. 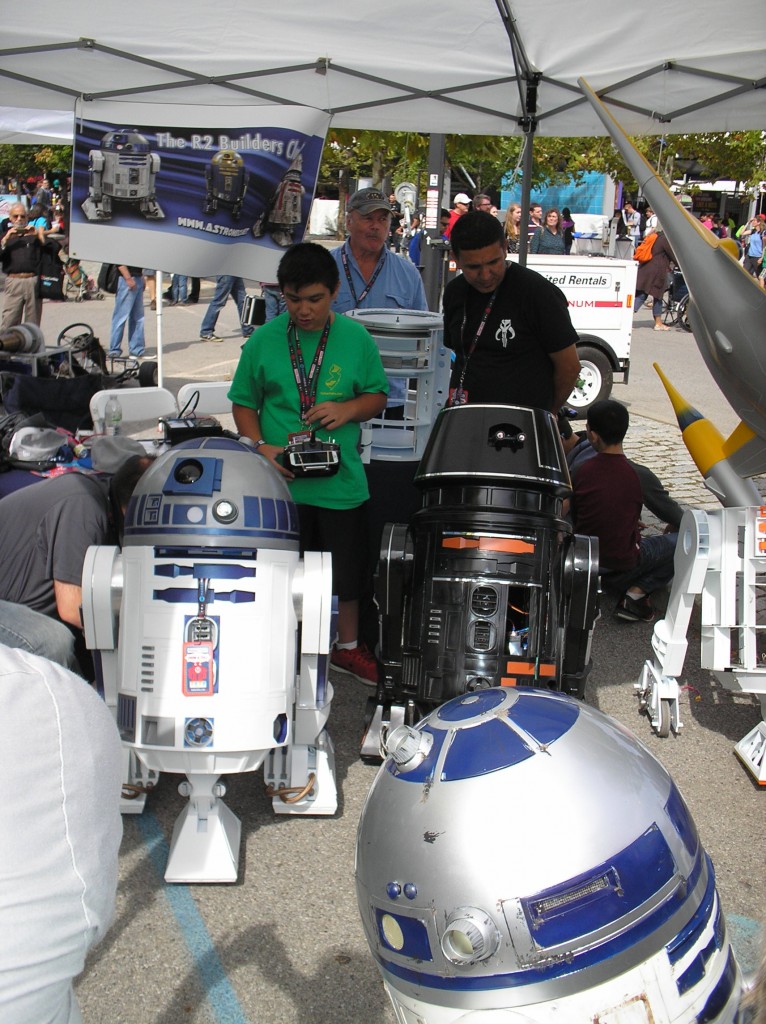