For the gnomes workshop at the weekend I wanted to create a dancing gnomes display using one of the motors. The stepper motor was smallest so fitted the requirement the best. I found an example of a planetary gear arrangement in OpenSCAD and based my models on that. 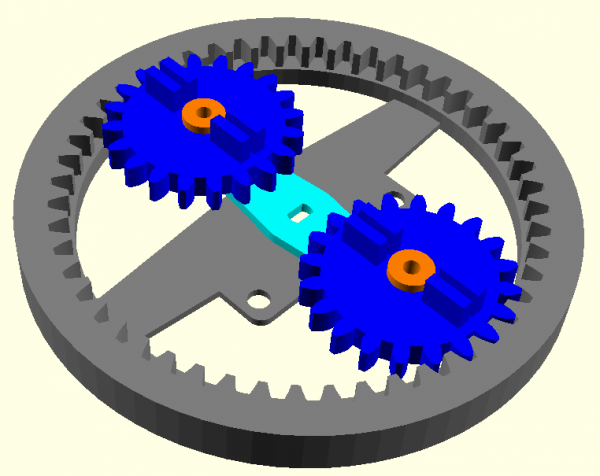 I printed these out and discovered that the design for the clips was quite weak. So I redesigned these with a side support. These have also proved to be fragile at the top so have a further redesign as per the final picture. I also experimented printing the gears with and without a brim. The brim does ensure that the teeth don’t curl up but means there’s a clean up to be done afterwards. With out the brim I had one curled tooth but it was not sufficient to stop me using the gear. 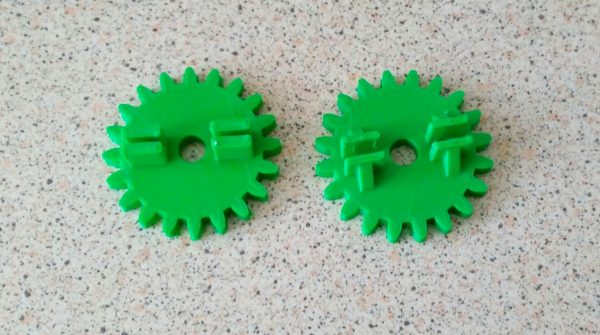 I printed out the motor mounting plate so that I could check that it fitted the motor correct. It was fine so I went ahead to print out the main gear/chassis. I looked at the time it would take to print and slimmed down the design a little with small cross supports and a thinner ring around the outside. The first print of the cross beam also had an issue with the hole sizes and the hole for the stepper motor pin was too small, that was due to the allowance being subtracted rather than added to the hole. 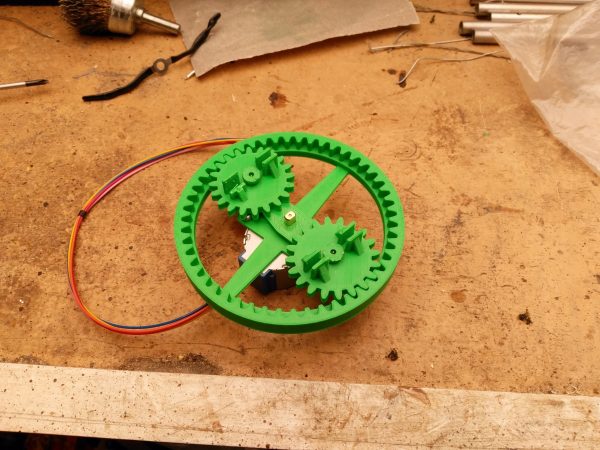 When fitting the top hats the round top caused a problem for getting a screw in place so I’ve redesigned those with a hex head. Finally the brackets were re-enforced a bit more thanks to some suggestions from Dave Sawyer. However, I may just go with the version I’ve got printed depending on how much time I have spare before Friday. 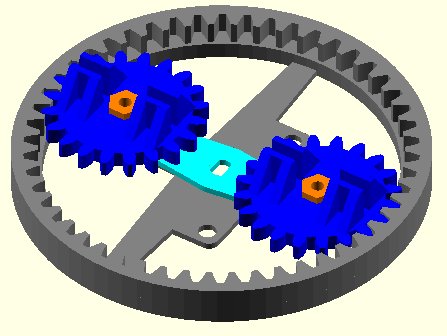 One thought on “Dancing gnomes, OpenSCAD and 3D printing”