Although the Dragon Detector project video has been submitted, I wanted incorporate some of my original ideas which got cut due to time constraints. Rob Ives’ Knight model is excellent but I’d always intended to build an moving 3D model for this. I see that Rob’s also been experimenting with animating his knight. 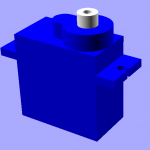 My design encapsulates a SG90 micro server which is directly attached to the arm. I found an OpenSCAD model of the SG90 servo by Mikael Lövqvist which I used in the project to size up the space in the body and holes in the arm. I made the body, neck and legs hollow to run the cabling up for the servo and RGB LEDs for the eyes. The head is also hollow and I’ll likely design a separate support for the LEDs that can be pushed into place.

I’ve tried to design the Knight so that it can be easily printed. The knight breaks into parts that can be printed separately and fitted together with the servo inside. Each of the parts has a face that is flat that can be placed on the bed of the printer. I’ve tried to avoid overhangs although there is some spanning which has shown to be reliable on my printer. I may have to refine the design I actually try to print them. One of my key problems is the shield. This has a curved front and back so there’s no face to lay on the print. I’ll try to print it with supports which will need cleaning off afterwards. 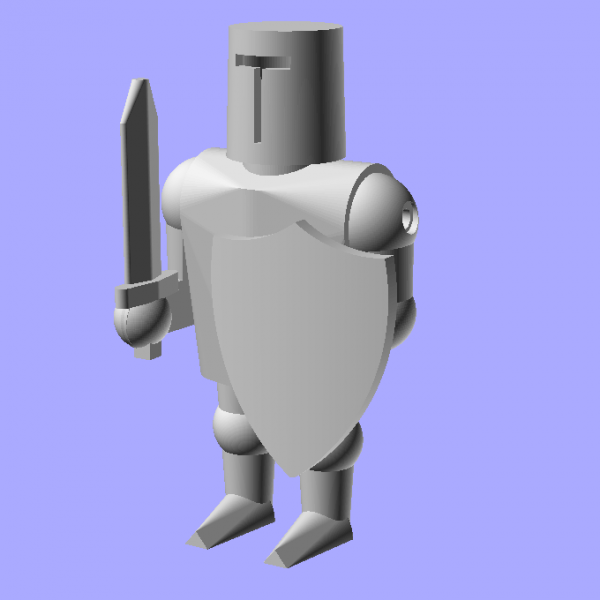 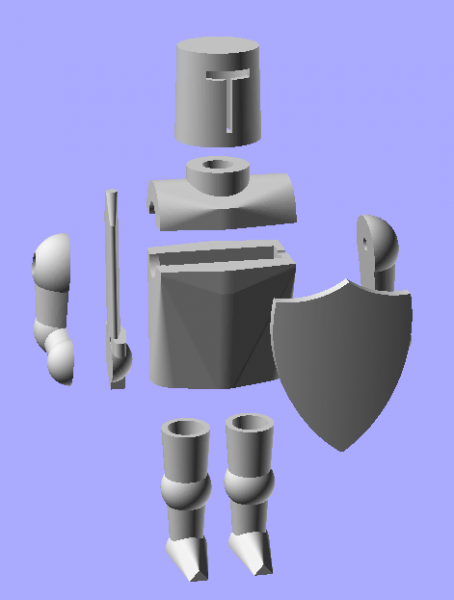 Work in progress can be found on GitHub