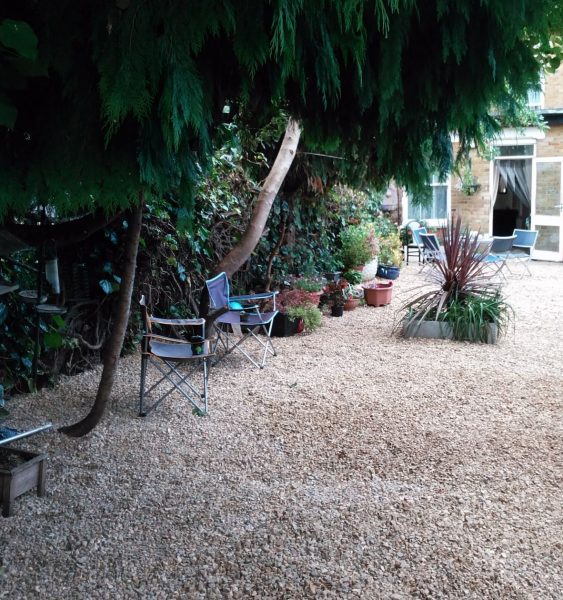 The last couple of weekends the family teamed up to help renovate my Mother in law’s garden. It was a big garden and had got overgrown as it was too much for her to maintain. After a general tidy, we gravelled over the mud that used to be a lawn to produce something that would be low maintenance and stylish. Sounds simple but was a lot of work and a lot of gravel!

We needed some wood to fix the fence so this gave me a chance to review my stack at home. I found a couple of exterior planks which had been used on our back gate and those were chopped up to fix the fence. Someone suggested that a bench might look nice under the trees at the bottom of the garden. I had a heavy duty plank and some 2by4 offcuts so drew up some ideas based around that. 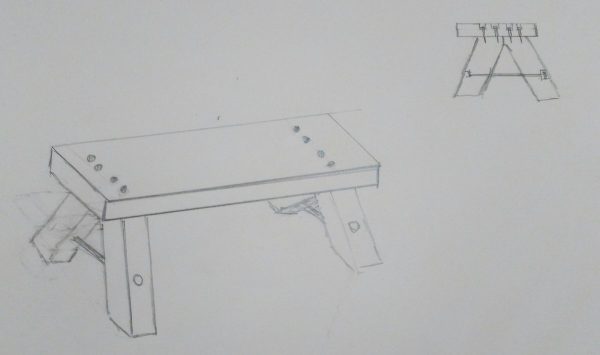 When I cut up the 2by4s some of it was crumbling, I suspected it had got wet and partially rotted before drying out. Maybe it could have been used but I think it would have perished quickly. So I purchased a new piece of preserved timber which was cut up for the legs instead.

The plank was counter-bored to 25mm and drilled 8mm, the legs were attached using coach screws. To make the legs a bit more sturdy a 8mm steel bar joined them together with more washers and nuts. 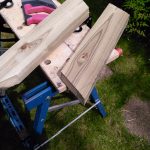 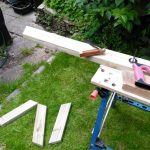 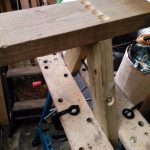 When I fitted the legs they were a little wobbly so I welded on some additional straps which can be screwed to the underside of the bench. Although the legs are treated wood the plank is not so I plan to give it a smooth down and apply some teak oil. The metal straps and bars will be painted with hammerite.