Those who follow on twitter will know that my cordless drill died mid-project. I believe the brushes wore out. As I was in the middle of building, I did not have the chance to strip it down and determine the actual cause. It’s over 10 years old and has done plenty of hard work so I’m not too upset if it can’t be fixed. The breakage did mean that I read the manual and discovered there were a load of spare bits in the side handle. I’ve never seen the need to use that. Hopefully, I’ll have a chance to look inside and either use it for parts or get it going again. 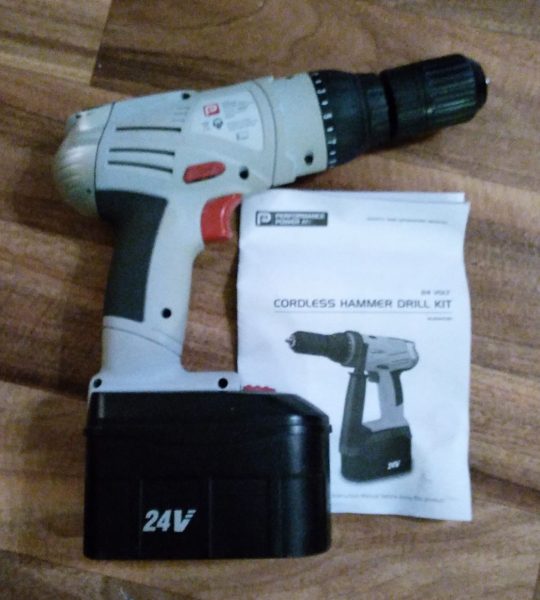 The breakage meant that I urgently need a replacement. As there was a new Screwfix opened around the corner I thought I’d see what they had. There was a Titan 18v combi-drill which met my needs. It can handle drilling and driving but also has a hammer action for those few times a year I need a hole in the masonry. 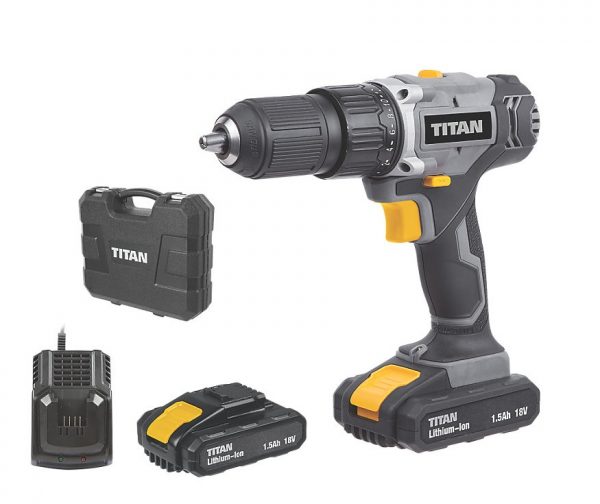 At just over 1.5Kg it’s a lot lighter than my old drill and it also comes with a second battery which is handy. As mentioned on the tag with the drill the Lithium-Ion batteries stop very suddenly and I did see that in practice. The battery lasted just over the day and put in about 50 or so plasterboard screws so it was not working too hard. The controls are very similar to my old drill except it’s a lot harder to accidentally select the hammer option when drilling. The Titan is also a bit smaller than the old drill so it is easier to get into confined spaces. It seems quite sturdy and so far I’ve been very happy with it. I’ve not had chance to use the hammer option yet but drilling and driving have worked well.