Those who have been following on twitter will know of my latest DIY project to build an internal wall. It is my most ambitious project to date, although it is not the first time I’ve been involved in such a project. When I was at Imperial College the Student Television station had an ambitious project to expand the studio. This included building a big wall across the room with a large window and door.

My project was not on such a grand scale but was a small section of wall with a door to turn the cottage style entrance to our lounge into a small hall. The main part of the project was done over a long weekend but there’s been a lot of finishing over the last few weeks. I roughly sketched my ideas out using TinkerCad. 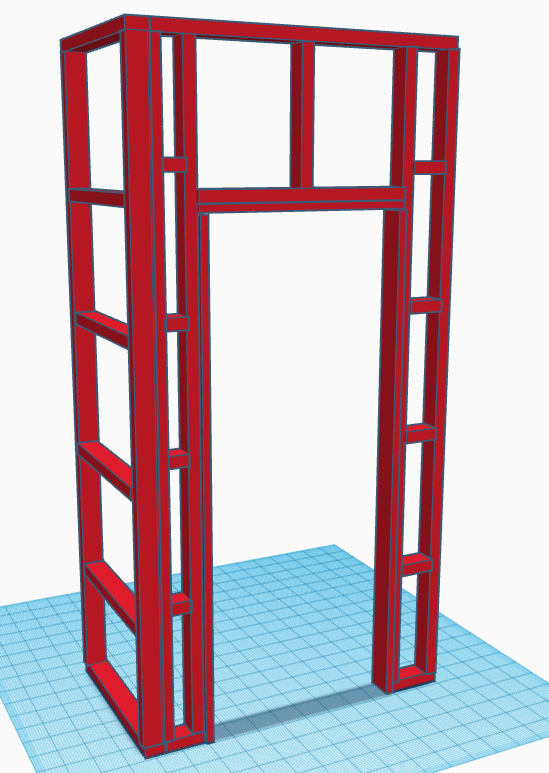 Before starting this kind of project it is worth checking the building regulations and determining if you need to notify building control.

The first step was to locate suitable mounting points for the wall. Also, locate any cables or pipes that are in the area, I used an electronic sensor for that. I probed with a bradawl to locate a joist for the floor above. 47x75mm wood was used for all the construction. Battens were then screwed into the joists using screws and walls using frame fixings. 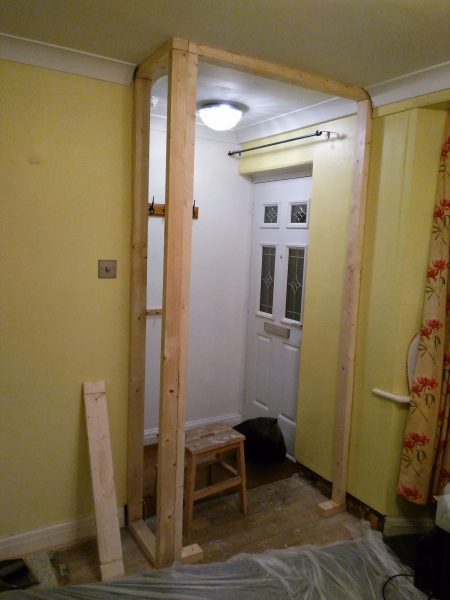 A frame was added consisting of two uprights for the corner and one each side of the door. These were screwed together using long screws inserted diagonally through the joints. The door was used to check the sizes and positions but we did end up planing it to fit later. 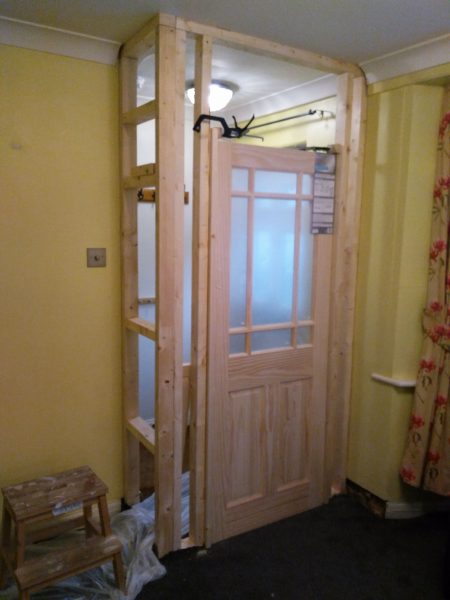 Cross pieces or noggins were added for strength and to support the edges of the plasterboard.

The door lining kit was then added and re-enforced with a cross piece and a vertical noggin above the door. Block insulation was added for heat and sound insulation. Plasterboard (drywall) was then screwed to the frame. 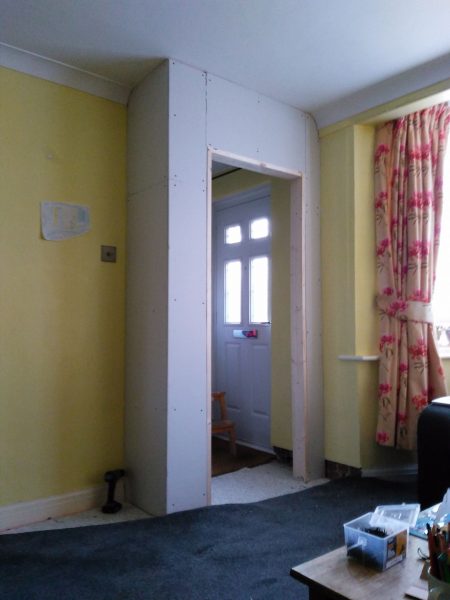 As we had a heavy door, three hinges were fitted. The door catch was drilled and morticed. Then the door backstops were pinned in place.

A skim coat of plaster was added to the plasterboard. We got a professional plasterer in for that to save a bit of the and get a good finish.

A week later the plaster was painted, first with a thinned coat of paint. This allows the paint to soak into the plaster and make a better bond.

We worked out that the architrave was an ovolo style so that was added around the door.

Finding some ovolo skirting to match was a problem. A batten was glued to an extra piece of architrave to make up the skirting. This was sanded flat and planed to size. The gaps were filled and sanded then the woodwork was painted with a primer and gloss. 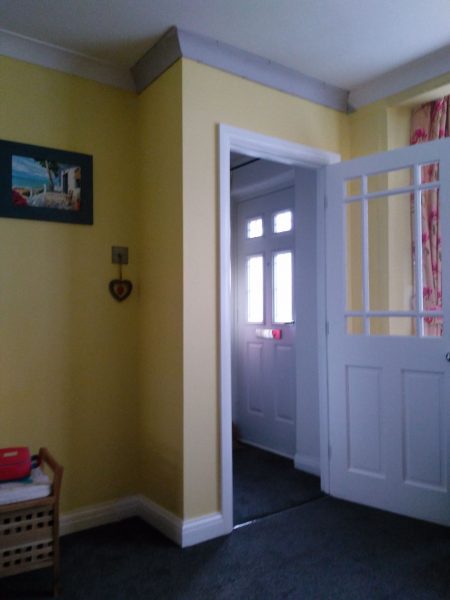 The coving was easy to source as the pieces that were removed to fit the wall conveniently had the size and make written on the back. These were glued in place with some grab adhesive with long 40mm panel pins used to hold it in place whilst those dried. Just that to be painted now and the project will be complete.