When it comes to the scourge of rust in the workshop and beyond, we all know it’s a real menace – and indeed, it has been blogged here before about preventative measures you can take to stop it cropping up before it has a chance to really take hold. (In short, it boils down to avoiding rapid temperature rises in the immediate environment, and minimising air humidity.)

But what if this advice has all come a little late for you, and rust has already broken out on various items of machinery, surfaces, tools or fixtures? Once it does, it can spread like wildfire while your back is turned – it’s amazing how quickly the problem can develop, especially if you drop your guard and take a few weeks off from a project at the wrong time of year. 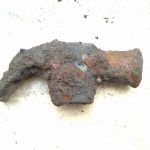 Still, if you’ve picked up a tool or workpiece for the first time in a while, only to find it ravaged by oxidisation, then don’t despair. With a few common household items and a bit (ok, a lot) of elbow grease, you can restore most moderately rusted items to their former glory in a couple of hours.

Firstly, be aware of exactly what it is you’re dealing with. Rust, as most of us know, is the visible result of oxidisation, which is essentially the chemical reaction between oxygen, moisture, and iron or its alloys (including steel). There are various types of rust: contact corrosion occurs when an item that isn’t rusting itself is placed in close contact with one that is, leaving flaky reddish-brown surface deposits that can quickly spread and appear to ‘infect’ the non-rusting piece; crevice corrosion is the type that happens in tight spaces between two components – say, a nut and a bolt – and can end up fusing the two together if left for long enough.

Pitting corrosion, meanwhile, happens on and just below the surface of unprotected steels, eventually eating into the metal like an ulcer to form divots or troughs that significantly weaken the piece. Pitting is the hardest variety of corrosion to deal with, as it actually reduces the thickness and strength of the metal and is therefore a significant structural issue. It’s also often harder to spot, as it commonly occurs beneath a semi-permeable membrane formed by anti-corrosion products that have been breached. Severe pitting can be extremely problematic, and often requires the affected piece to be extensively repaired or replaced entirely.

The other two varieties (contact corrosion and crevice corrosion) are typically more superficial problems, and are most likely what you’ll be finding on neglected garden furniture, little-used spanners and the like. If prevention has failed, the problem can be dealt with as follows – most of these methods involve wetting the item first, which will help stop rust particles flying around during removal, but always wear eye protection when scrubbing at rust flakes anyway: 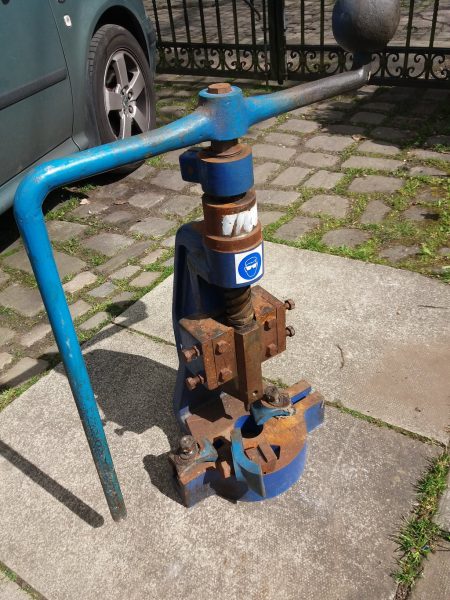 1. For less severe rust, first rinse the item – counterintuitive, we know! – then shake off any excess water but leave it damp. Apply baking soda liberally to all affected areas, making sure the moisture holds the soda to the metal where needed. (If the rusted parts are hard to sprinkle soda on, you can also mix it into a thick paste with a little water and spread it on there with an old toothbrush or similar.) Leave for a couple of hours, in order for the soda to start breaking down the rust at the surface, then scour aggressively with steel wool or a wire brush.

2. If baking soda isn’t quite eating through, then we can continue using the same principles, but with something a little more chemically assertive – an overnight white vinegar (or citric acid) bath. It’s a slower process, but the results can be quite startling for even moderate to significant rust. Before submerging the item (or wrapping the area in vinegar-soaked rags, for items that can’t be submerged whole), be sure that the vinegar is only coming into contact with steel, and won’t eat away at any other materials that could cause further damage. Again, finish off by scrubbing hard with steel wool or a wire brush. Powdered citric acid, dissolved in hot water, does the same thing as the vinegar – and will even remove old dried-on paint. (You can often find citric acid at health food shops, or in the cleaning aisles of larger supermarkets and department stores.) 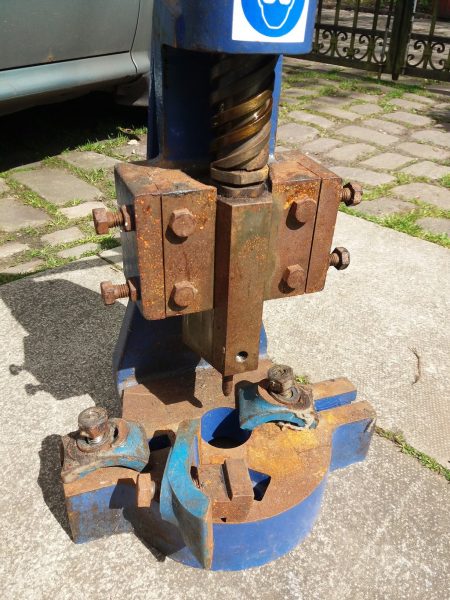 3. Mechanical removal is of course another option if chemical attacks aren’t quite getting through (or if the item is too large to make chemical treatment very practical). Provided you can access the area with a tool of suitable size and shape, then a common fix is to attach a stripping disc, grinding wheel, carbide rasp or sanding pad to something like a sander, an oscillating tool or even a drill. Be sure to start with a coarse abrasive to tackle the bulk of the build-up, and then gradually move down to finer and finer grits on subsequent passes to smooth out any damage done by the initial grinding. (Finishing with a 400-grit wet-and-dry paper is a good idea, but don’t forget to pat the area dry after exposing it to moisture in clean-up.)

4. There are various approaches available for applying a bit of basic physics to restoring heavily rusted items, too – submerged electrolysis, as complicated as it sounds, is actually a very easy and relatively hands-off way to shift corrosion from metal tools. It also happens to make you look a bit of a science genius, which is seldom a bad thing. You’ll need a few fairly specialised (albeit pretty common) items to make this happen, so it’s certainly not the cheapest option out there, but there are a number of DIY methods collated by Regal Paints that you could explore – and, when they work, they can feel tantamount to performing black magic.

5. The fifth and final method is by far the easiest, although admittedly it’s a bit of a cop-out: if you decide you can live with a bumpy and uneven surface, then you could always opt not to remove the rust at all, and to ‘convert’ it instead. Using a rust converter product (it might also be called a ‘neutraliser’ or similar) generally involves rubbing off the worst of the flakes, then spraying or dabbing the affected area liberally with the product which kills off the ongoing reaction, and usually adds a primer-type barrier over the top for you to paint on to.

It will need to be left to dry in accordance with the instructions on the packaging – remember not to return any excess product from a particular clean-up session to the bottle, as it will be contaminated with rusted metal dust and will quickly spoil the remainder of your batch

Robert has been working with rust removal for many years. He loves the success of seeing old things restored to new and then protecting them with a good preservative.