For the Upcycle It Design Challenge I’ve been creating a few models in OpenSCAD to augment my RC car. The first one I printed was a support for the Intel Edison in the style of some car parts. 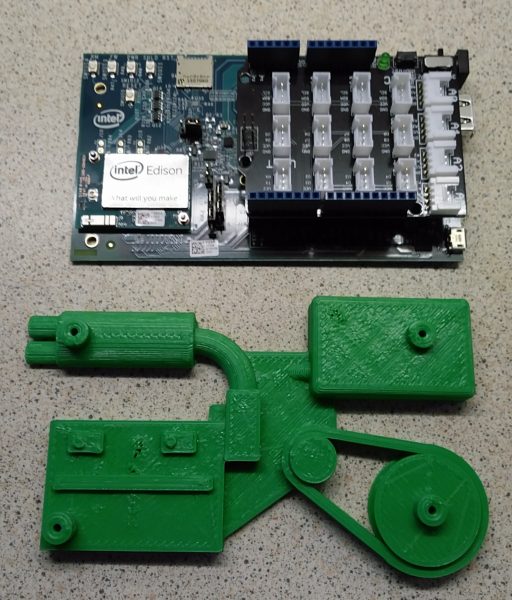 I’ve also been designing a chassis to give the car some additional strength and to provide a mounting platform for all the other components. In the process of designing this, I’ve been through a few iterations. I used the Automaker software to estimate the print time and amount of filament used. I’ve also printed out smaller test segments to see how parts might fit together. These were produced either by slicing the parts up and generating a smaller STL or by simply printing a few layers then cancelling the print. The improvements halved the print time and amount of filament used.

I’m planning to print the items using recycled filament from the Dutch firm “refil“. They get their raw material from old bottles and car dashboards. I’ve already done some test prints with the PET filament (from bottles) and got some good results for a battery clip. 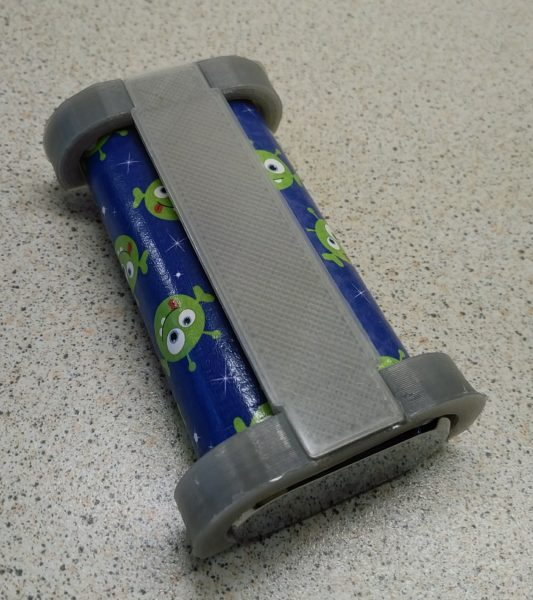 Whilst designing the chassis, I watched a video from Vicki Somma. She was making some pump handles for a new brewery in her town. She was talking about printing horizontal holes which is something I’ve rarely had good results with. Her tip was to print them as an octagon rather than round, so I’ve designed that into the chassis so that the bumpers can slot onto pegs on either end.

When I was researching models for the Edison on Thingiverse I spotted a couple of things made using Graphscad, this describes itself as a “Nodal editor to create customizable 3D objects for 3D printing”. The idea is you create a visual tree of the objects / functions you want in OpenSCAD and it generates the code for you.

Another code generator comes via Wayne Keenan he mentioned that he’s been using SolidPython to generate OpenSCAD code from Python. I can see how this might be a good technique for extending and augmenting OpenSCAD’s capabilities. I’ll definately check that out if I come across specific limitations to work around.

One thought on “Thoughts on 3D Modelling”