The future of design

CGTrader asked me to share insights on the topic “Designing for the future: trends we need to consider now” and be a part of broader discussion of how the future of design will look like. Here’s my take on how the future might turn out given the way things are trending at the moment.

Tam was woken by the sound of a Balinese Prayer Cymbal. At least that was what the app store description had said. She’d never actually heard a real one. Tam daydreamed about swimming in the sea around Bali. Something glinted in the sand below she swam down to find a long lost cymbal dropped years ago before the sea levels had risen to cover all of the island. It was, however, just a dream. It would be decades before the toxic water would be safe enough to swim in again.

Tam waved at her wristband and the sound was replaced by a shimmering message. A job request, and a good one. The mining corporation wanted a bracket designing to fit a sensor onto a robotic drill. The mining corporation paid good money but they were hard task masters. Three or four good mining jobs would pay Tam’s rent for the month. 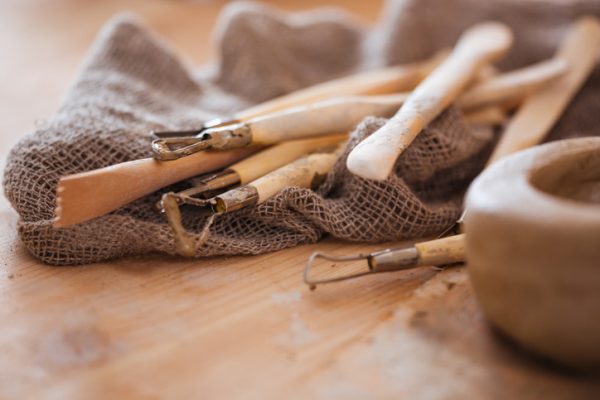 Tam grabbed a ball of orange clay and modelled the features of the bracket. The key was to ensure the minimum of material was used but keeping the strength. Tam had designed hundred of these kind of fixtures, she could do it as well as the machines. Using a small blade, the corporation logo was carefully carved into the side following the curves of the organic design. Personalisation was key even on these industrial jobs. A.I. had taken most of the design work for buildings and mine vehicles but humans were still cheaper for these custom one-offs. Tam placed the finished part on a small plinth and scanned it using her wristband. After a few second a 3D hologram appeared above the strap. She turned the shimmering model with her fingers, checking it over on all sides, the algorithms had made a good job of creating a smooth mesh. She had just enough data credits to send the corporation who would print out the part in-house. By the time she was paid, the part would be heading into the mines on the end of the robot probe.

Tam shivered as she thought about another planet being destroyed by open cast mining but she had little choice, the corporation owned everything, even the air she was breathing. She had been born here, this was her life, she did not know anything else.

She put the precious clay back in a sealed jar, she could not afford for it to dry out when the sun rose later in the day. Ting, 8 credits received. Tam did the sums; 6 credits for a days water, half a credit for a food pill and one credit towards rent. That left just half a credit. Tam shuffled on her stumps back to her bed mat, it was going to be a long time before she could afford some prosthetic legs. She looked out across the module at her fellow distorted humans. Sad faces staring at corporation wristbands, each hoping for enough work to afford water. 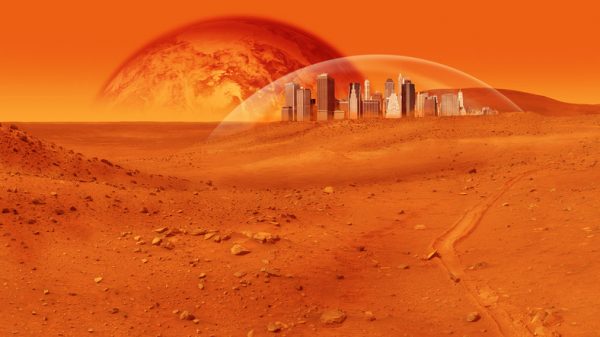