Workshopshed: Mark Osborne is a professional software developer by day, maker by night, he blogs about his journey at BecomingMaker. 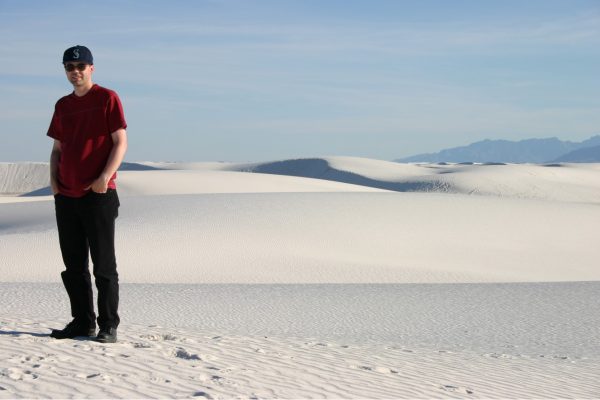 Mark, thanks for agreeing to be interviewed.

Mark Osborne: Thanks for inviting me Andy. I grew up in the UK before relocating to the US, so it’s nice to be interviewed by someone who remembers the BBC Micro, Sinclair Spectrums, Monty Python and Black Adder.

Workshopshed: What is your definition of Maker as applied to BecomingMaker?

Mark: My personal definition of Maker is anyone who makes something as opposed to consuming content. I respect anyone who takes the time to create things; whether they be in wood, wool, wire or code. BecomingMaker is inspired by the Maker revolution and how the availability of knowledge, tools, components and processes that were previously inaccessible to most individuals has opened up a new world of possibilities. In particular the recent accessibility of microcontrollers, embodied by Arduino, brought back fond memories of the personal computer revolution that shaped my childhood and led to my career as software engineer.

Workshopshed: How does your background in software affect your approach to making?

Mark: My interests in the Maker space tend to be biased towards things that involve software in some way. Whether that be microcontroller firmware, electronics, 3D printing or PCB design. However the physical aspect is an important component for me as a contrast to the high level software I generally work on as a software engineer. It is a nice change to be working down with the metal rather than up in the cloud. Electronics play a central role as they are the bridge between software and the real world.

Like many software engineers, I am detail oriented and enjoy the challenge of understanding the details and refining the process. Achieving a specific outcome often comes second to learning how to achieve that outcome for me. BecomingMaker gives me the opportunity share that learning, help others and giving back to the community I draw on improve my own skills. 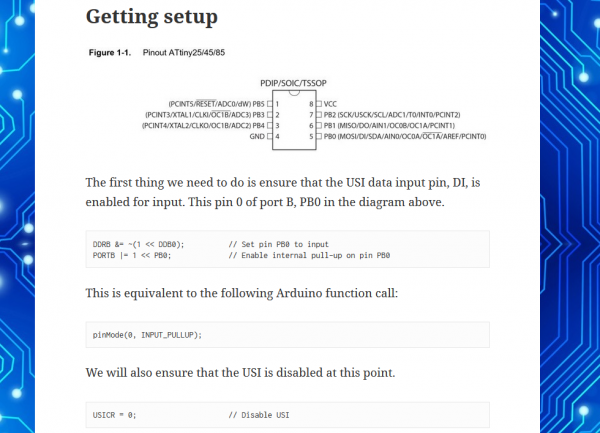 Workshopshed: A lot of your projects use the ATTiny chip, what is it you like about that?

Mark: I started with Arduino and while that is a great learning platform it is deliberately abstracted and constrained in an effort to help people, who aren’t necessarily interested in microcontrollers, be successful. However there a benefits in interacting directly with the underlying microcontroller and understanding timers and interrupts. You gain greater control and much a better understanding of the benefits and limitations of the microcontroller. And the skills you develop learning how to use a small 8bit microcontroller can be applied to more sophisticated microcontrollers in the future.

ATTiny is part of the same 8 bit AVR line of Atmel microcontrollers as the Arduino and there are Arduino libraries for them so you can branch out from there. They are cheap enough that you can afford to have a handful on hand and leave them in small projects, you can pick them up for a couple of US$ each. You can run an ATTiny on a breadboard with zero external components and the ATTiny is simple enough that you can read the entire datasheet. So all in all they are pretty simple to get started with. The ATTiny25/45/85 datasheet is 284 pages in case you were wondering.

Workshopshed: What language do you use C? Assembly?

Mark: My second language after Sinclair BASIC was Z80 assembly, I used to write assembly down the left side of a spiral bound notebook and hex down the right hand side – that was before I discovered assemblers were a thing.

For programming microcontrollers I use C as this is what everyone else uses. While it might be interesting to learn the assembly language for a microcontroller, it isn’t going to buy you much in the majority of cases and that knowledge won’t necessarily translate well to another microcontroller. 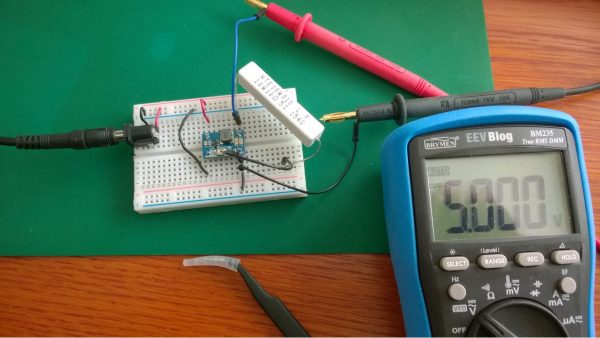 Workshopshed: In your posts on switch mode power supplies you go into quite a lot of technical detail, do you have a background in electronics?

I have no formal education or background electronics.

My interest in switch mode power supplies started with trying to power a circuit that needed to step down from 12V to 5V with a linear regulator and discovering how insanely hot it got.

The final step of the process was consolidating my new understanding of how to design a buck convertor into a blog post that attempts to make the process easier for the next person. There are lots of articles about switching power supply design aimed at professionals, but most are complicated and esoteric. I tried to boil all that down to something a Maker would find useful.

Workshopshed: You’ve also been designing and making PCBs. Any tips for novices?

Mark: My top tip is that it’s not that hard! In many ways it is easier to design a PCB and have it fabricated than to make a circuit on a protoboard. PCBs from a fab have solder mask which pushes the solder away from where it shouldn’t be and the copper draws it to where it should be making soldering much easier. 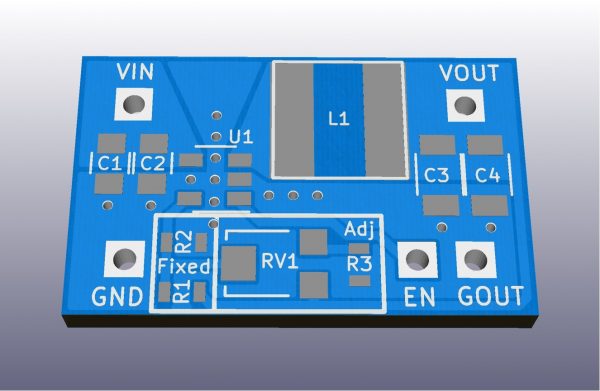 There are a number of Maker friendly fabs out there. I usually use OshPark as they are high quality, have a maker friendly pricing and are based here the US so I get fast shipping. My last order from OshPark cost me $4 with free shipping.

You will need to invest some time learning PCB design software. If you don’t have previous experience with EDA software, then you might as well start with KiCad. Eagle is the other tool commonly used in the Maker community and it has a free maker license. KiCad is open source and is becoming well supported by the maker community. If your designs become larger, require more layers or you want to sell them down the road, then KiCad has the advantage that you won’t be constrained by licensing terms.

Workshopshed: For your surface mount boards, how are you populating the components? Reflow oven? Soldering iron?

Mark: I order stencils from OshStencils to apply the solder paste and I place the components with fine tipped electronics tweezers. Some kind of magnification is helpful, I used to use a cheap head mounted magnifier, but I recently upgraded to an Amscope Binocular Microscope

My soldering needs are met by an Aoyue 866 SMD Digital Hot Air Rework Station with built in pre-heater. This has a temperature controlled board heater, which is what I use to reflow PCBs. I have to manually adjust the temperature profile, preheating the board, ramping up the temperature to reflow the solder and then cooling the board down. However I like it because I can actually watch the solder melt and have some direct control over the process. This unit also includes a nice temperature controlled soldering iron and hot air rework tool all for $200. 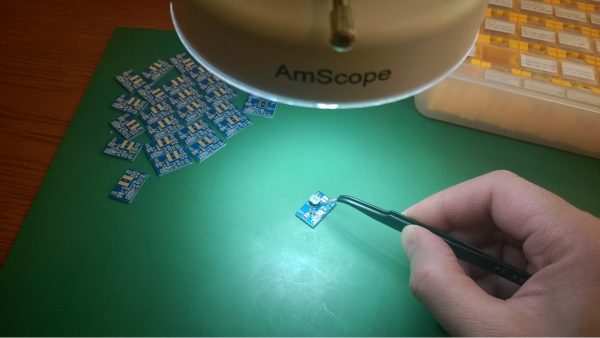 Workshopshed: And finally, which is harder, software or hardware?

Mark: I don’t have a good answer for that. In many respects they are very similar, they can both be easy or hard. They can both be intellectually challenging or downright frustrating. And sometimes things will just work, while other times hours of debugging be required.

Workshopshed: Thanks Mark, you’ve inspired me to look at making my own PCBs and having a play with KiCAD.