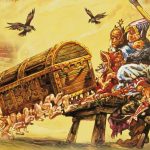 The Luggage is a fictional object that appears in several of the Discworld novels by Terry Pratchett. It is a large chest made of Sapient Pearwood (a magical, intelligent plant which is nearly extinct, impervious to magic, and only grows in a few places outside the Agatean Empire, generally on sites of very old magic, such as Indian burial grounds and ancient monolithic sites). It can produce hundreds of little legs protruding from its underside and can move very fast if the need arises. It has been described as “half suitcase, half homicidal maniac” (Sourcery paperback p22).

I decided to build my own version of Terry Pratchett’s “The Luggage” for the Project14 “Portable Electronics Kit” challenge over on Element14. I did look at some designs for walking robots but none of them had more than a few legs and at 3 servos per leg the cost and power requirements would quickly become a challenge.

I then discovered the very hackable remote controlled Scolopendra Gigantea. 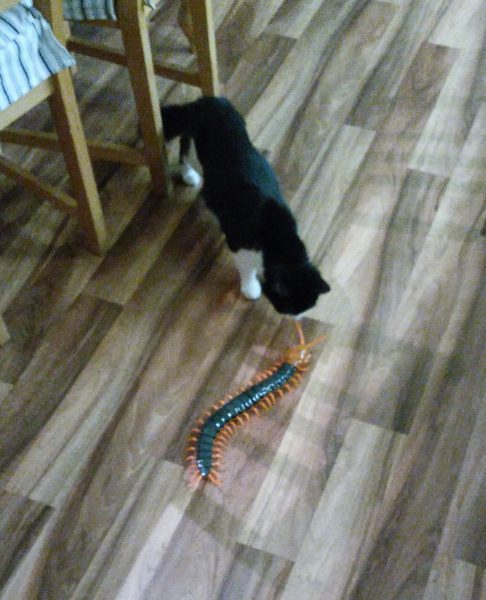 This toy has is approx 45cm long which is only 1.5 to 2 times bigger than the real thing. There are a couple of motors in it’s head that drive it along and an IR sensor on the top. The tiny Lipo battery is charged by a custom cable with a USB connector. There are some LEDs that flash when it’s waiting and are solid when the motors are on. Strangely the remote control is in the style of a egg, perhaps I could re-style that too? 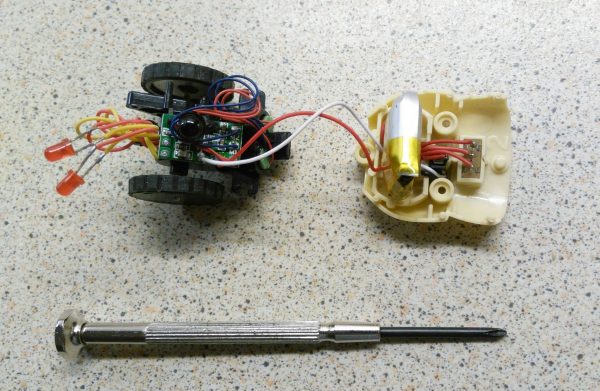 The toy simple unscrewed and to remove the circuit board from the motor block I removed a small piece of melted plastic. The body of the project is a pirate treasure chest and holes were made in that for the LEDs, motor cables, charging socket and power switch. The components were fastened into the lid using some Sugru and more was used to attach the motors and legs to the base. 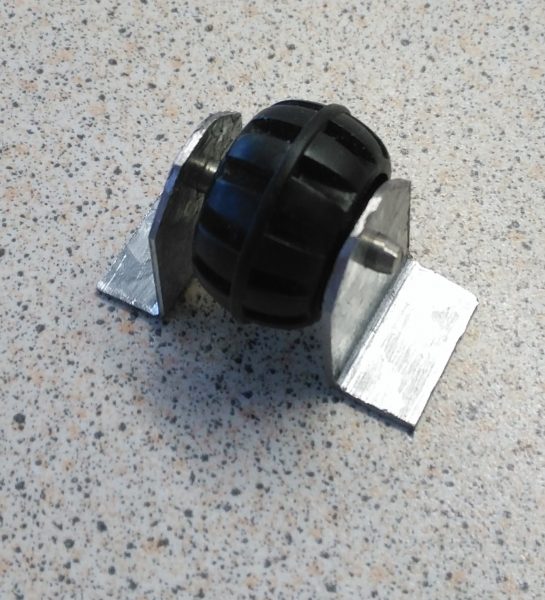 I found a suitably sized meccano wheel and fashioned some simple brackets from a fence panel clip. A section of stainless steel skewer was used as the axle. This assembly was attached to the rear of the chest to act as a wheel / skid. 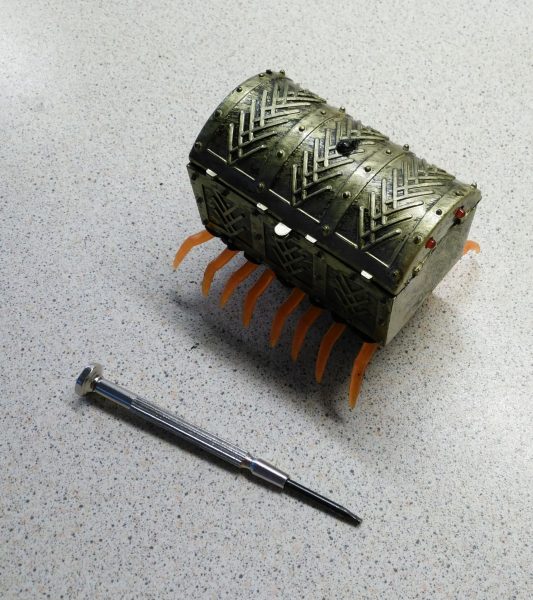 One thought on “Babbages Baggage”