At the end of last month I met with Ross Atkin from Crafty Robots and we chatted about AI, Robots, STEM Education and a wide range of other topics. He also showed me the Smartibot

“The world’s first Artificial Intelligence enabled cardboard robot that you build yourself.” 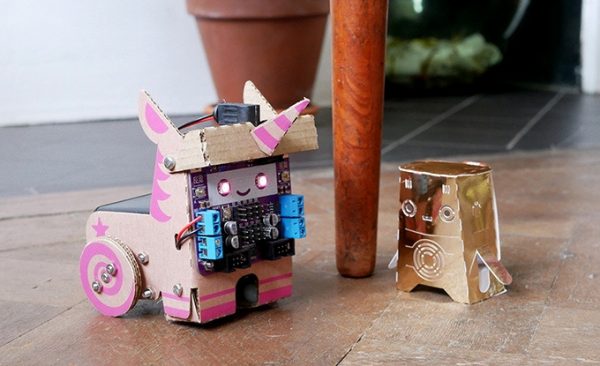 It’s a kit to build 3 different robots along with electronics and an app which gives your bot AI smarts. You can code it with a block coding tool similar to that on the Microbit and one of the key features is that you can use the kit to build robots from anything.

I quizzed Ross if the motors would be powerful enough to move a metal bot and he thought that they would. “I wonder if I can make one of those unicorns out of stainless steel?” I pondered. Ross liked the idea and sent me a pre-production kit to play with. I started by printing out the template for the cardboard version (the kit comes with this pre-cut) and stuck it onto some 0.5mm stainless steel sheet. 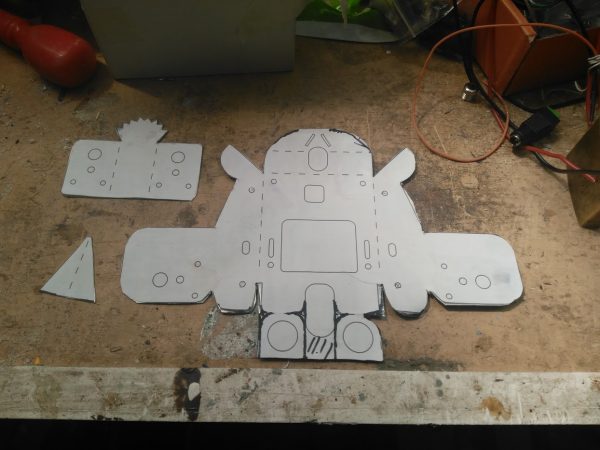 I did not fancy sawing it all out so I had a practice on the horn with my bessy snips. This worked well so I used it for all of the parts. One tip I picked up earlier in the year was to avoid distortion in the work is to snip off strips that are smaller than the workpiece. So for my 20mm unicorn horn, I snipped of around about 3-5mm strips. 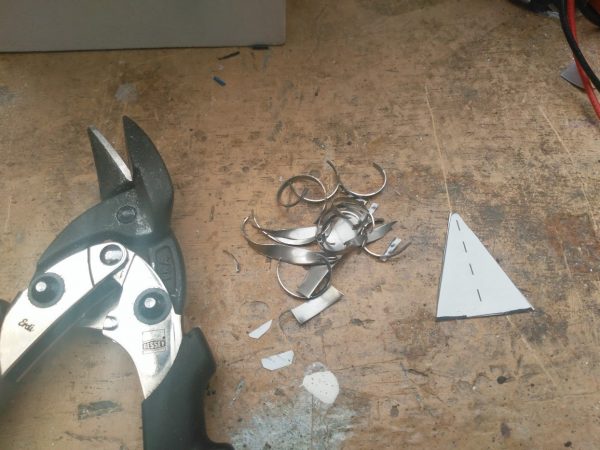 The next step was to drill all the holes for the motor, cabling and board mounting. I’m part way through this on the main body but finished the tail piece which acts as a separator / support for the motors. 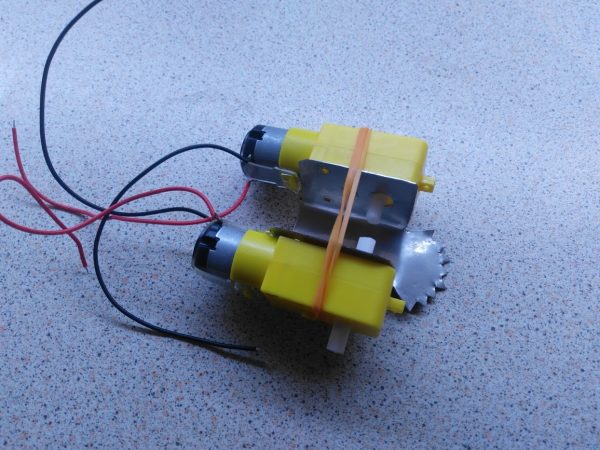 Despite the heat, I managed to get some welding done this weekend. The other Ikea stainless steel toilet roll holder failed a few weeks back and I’d promised to fix it following a trip to WeldAir in Dunstable to get Argon. This time I used less heat and filler so ended up with nothing to file. Again I used a green scotch pad to clean any discolouration.

I also tried to weld some of the 5mm sheet. This did not go at all well. I either failed to melt the metal or melted right through. I found arc did not form well below 10A but turning it up cause over melting issues. I was using the pulse mode on my TIG and a 1.6mm tungsten. There are a few things further to try such as increased gas flow, investing in a gas lens and using copper backer bars to take some of the heat out of the sheet. However, I think for the unicorn, I’ll have to go with another approach.