There’s been some good progress on the Stainless Steel Unicorn this week.

The body has been finished and I’ve added some detailing to match the card version. The ears were punched with the nail punch from the Spring Tool set. This worked so well I might just regrind the ends of that to make them into spring repoussé tools as I don’t have a lot of use for nail punches. I also made a small punch from a piece of mild-steel which I used to complete the detailing on the mane and star. 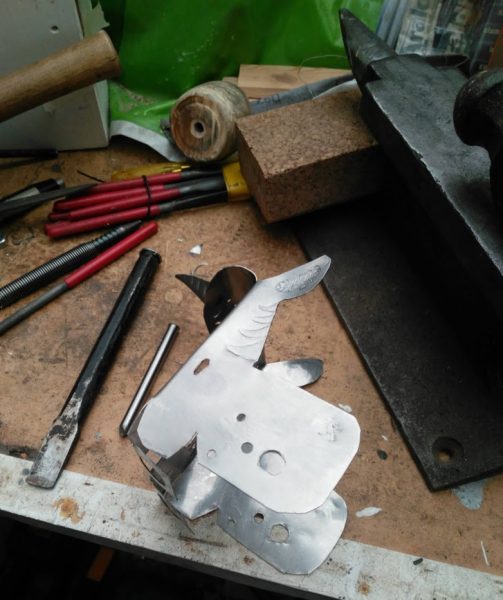 The wheels proved an interesting challenge. I started with some simple disks and drilled the holes based on the paper template provided by Ross. I initially started out with a wooden former with the disk bolted to the top. This did not work very well and I swapped over to using a large round hammer in the vice. Initially work the hammer in a downward motion to get the edge marked and the metal folded over. You will find that the metal will distort at this point and form flutes. Keep flattening the disk and working the flutes. Eventually, it will get to a point where it is forming a dish shape. At this point, you can continue by hammering sideways to form the rims of the wheels. Lots of little taps work a lot better than big bashes. 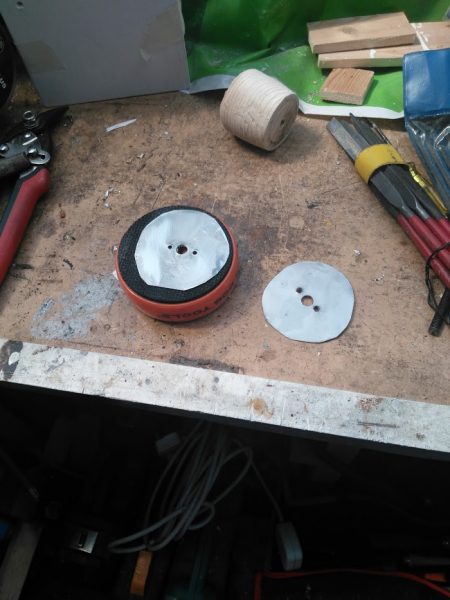 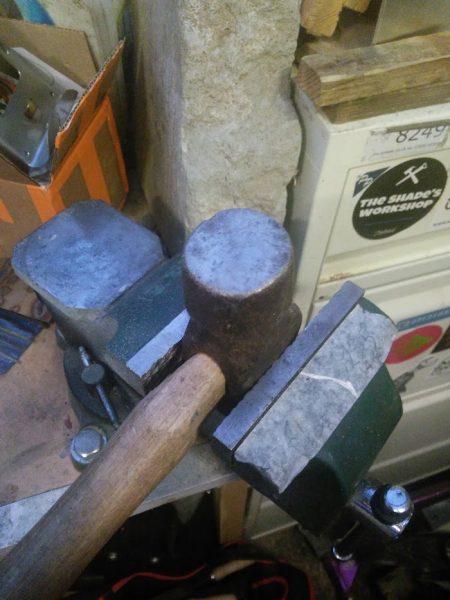 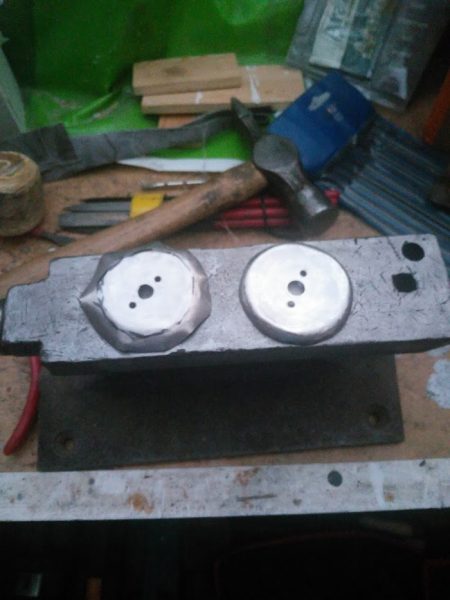 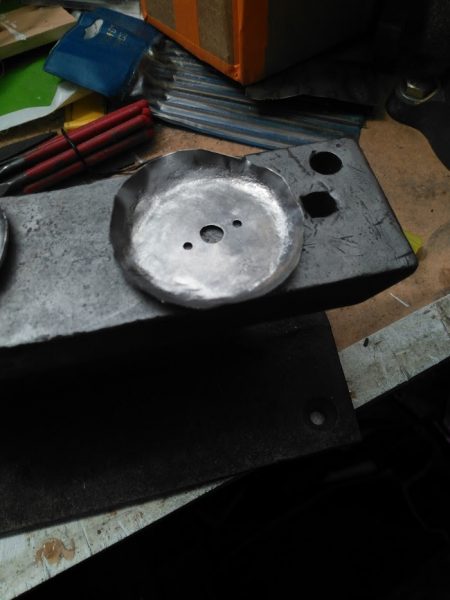 I’m quite pleased with the end results although it was a challenge to get them the same size. When I add them to the motor mounts it should be possible to see how good a job I did. So the next task is to mount all the components onto the chassis and see how it works.