Now that the Unicorn is finished I’ve been testing the jumbo servo. 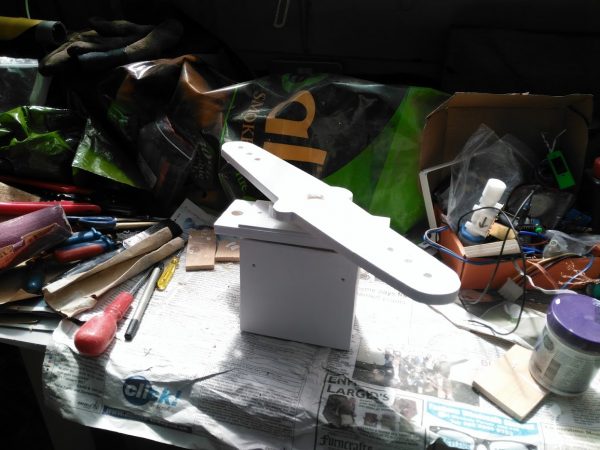 I soldered a socket and some sockets to a stripboard and some headers for the Itsy Bitsy. This also has some mounting points in the corners so I can screw it down into the case.

For testing, I left the power disconnected but connected I2C to a Uno and linked the two GND together. To mimic the H-Bridge module I used some LEDs and added a potentiometer. 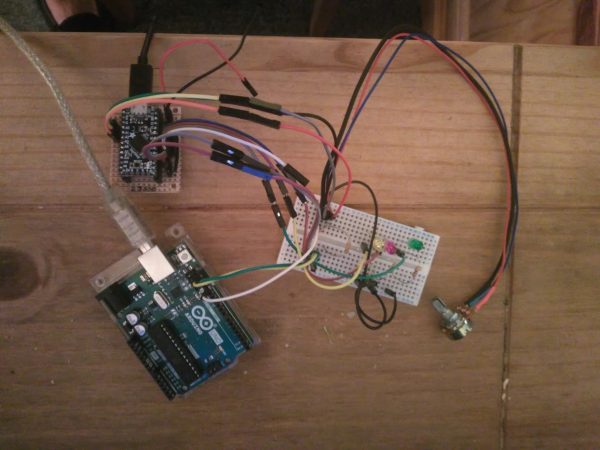 This allowed me to fine tune the code and add in some things I’d overlooked. The code can be found on github. One good suggestion from the chaps on Element14 was to write the client code so that it mimics one of the existing servo libraries. So for Arduino that would be Servo and for Pi, Angular Servo. It’s not much extra effort, more of a case of writing the solution in a particular way.

The chaps at Element14 have also kindly sent me a Pi-Face Digital 2 so I’ve been wondering about a fun project to complete with that.