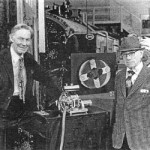 Back in 2011 I posted a blog about the Stirling Society event at Kew Bridge Steam Museum and I mentioned that they would be awarding the “Peter Stanwell trophy for innovation in the field of Stirling engines”. Julian Wood was

In Model Engineer No 4329 July 2008 there was a set of plans by Jan Ridders for building a coffee cup stirling engine. I liked the model but had some ideas for adapting it to make it a little more 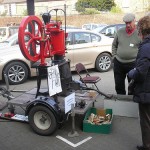 I attended the Stirling Air Engine rally at the weekend at Kew Bridge Steam Museum and I’m happy to report that it was a very successful event. We were greeted on arrived by a large wood burning engine powering a 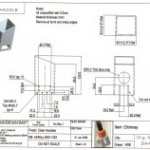 Despite my scepticism one of my kind relatives bought me something from my carefully prepared Christmas list. Stirling and Hot Air Engines: An Insight into Building and Designing Experimental Model Stirling Engines by Roy Darlington and Keith Strong My relative explained to

The Kew Bridge Steam Museum has regular steam events when their large pumping engines are brought into action. In April there are a couple of special events. On Sunday 4th April 2010 there is the Stirling and Hot Air Engine

One of the first things you’ll discover on the web when you set up a home machine shop is the Stirling Engine. These are ideal projects for model engineers of every level as they can be very simple or highly 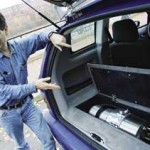 Deka Research have build a small prototype hybrid electric / stirling engine car based on the chassis of an old Ford Think. The advange of the “external combustion engine” is that it can be powered from many different fuels without