Most model engineers will have heard about Stirling Engines, some may have even built a few. However one of the engineers at MSI had good idea of putting a Stirling Engine inside their computer to cool the processor. 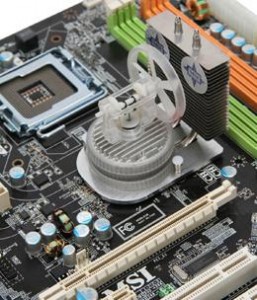 There’s no video at the moment but here’s an example with a slightly larger setup.