My Projects Work In Progress

I try not to have too many projects on the go at once but often making one project requires me to make a different tool or fixture to complete the project.

The project was devised to take advantages of the features that were available on the Azure Sphere board, namely the GPIO and UART. For more details of the electronics, see Element14. As the project stalled due to the immaturity of the SDK at the time, it was shifted over to an Arduino MKR board and written up as the Getting your bearings project for Diyode magazine. The compass also formed the central topic of a talk about the Joy of Making given to the Microsoft Garage in Prague.IOTCompass

A clamp tool for the lathe to form knurlsKnurling Tool

A clamp with parallel jaws controlled by two screws, makes for a good learning project and is a very useful addition to any workshop.Tool Maker's Clamps 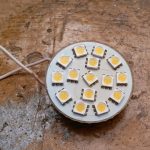 I’ve started on a new challenge with Element14. The idea is to take some old electronics and make something better from it. In my case I’ve an old RC car and a Furby. My project is to turn these into

Posted in: My Projects Work In Progress