Lots of people are moaning about the wet weather, I’m not one of them. Thanks to a lovely combination alternating heavy rain and sun the lawn is almost back to normal. Following the digging of the trench for the workshop electrics we back filled the hole, watered the soil so that it would bed down and laided the turf back on top. It’s possible that we did not push the turfs close enough as we had quite a bit left over. 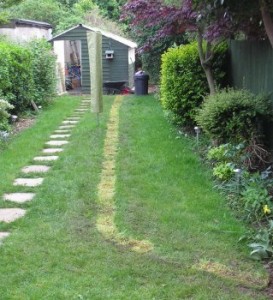 The turf had yellowed during it’s week in storage and there was some initial subsidence. 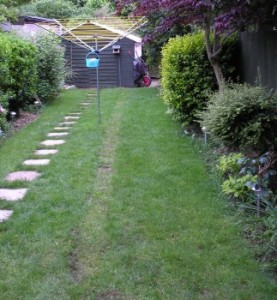 After a week the we lifted the areas that were too low and shovelled in a some more soil. The “spare” turf was used to patch up the holes and any areas that were not growing. Some grass seed was also sprinkled liberally. 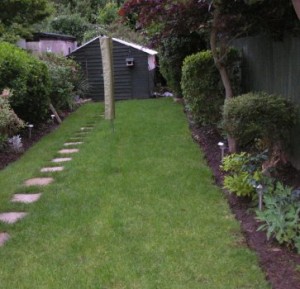 After 2 weeks, it’s looking like the lawn will recover fully but we are waiting for google earth to be updated to see if the change can be seen from the air.