The paper on Friday reported of a man making a Bill Paxton themed pinball machine. 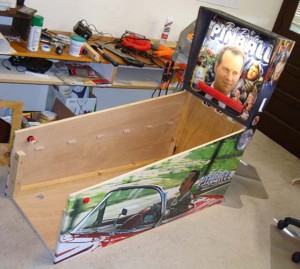 I’ve always liked pinball machines and wondered at their electromechanical marvels but given the complexity I’ve never seriously planned to make one.

However, it turns out that there’s a few people who are mad enough and talented enough to make their own pinball machines