This was simple project to repair a childs wooden toy box. The origional design had some flimsy metal hinges nailed in with some thin pins. As my daughter manhandled the box the hinges bent and the pins came loose. 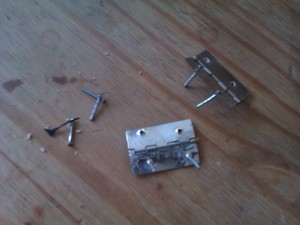 Rather than let her eat these whilst I was not looking, I decided to swap them out with something a little more child friendly.

I took some faux leather strapping and some rivets and formed a couple of hinges on the box. 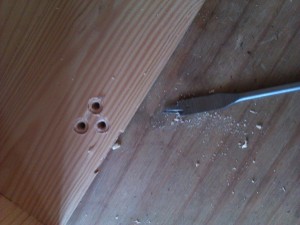 The rivets were the longest I could find at 9mm but this was still a little short so I counterbored the holes using a spade bit. I was a little unsure of the strength of the rivets so I also glued the straps in place with PVA and glued the heads onto the rivets using super glue before tapping them into place with a hammer. 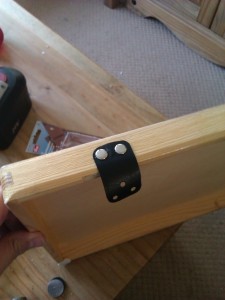 The end result was a bit floppier than I would have liked so I also added another long strip of faux leather on the inside of the box like a piano hinge and now have a strong and safer box.

If that proves not to be strong enough then I’ve some ideas involving weld on hinges and re-enforcing plates on the inside!