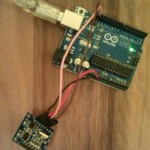 For my Topsy Turvy clock project I’ve purchased an I2C clock module based on the DS1307 Real-Time Clock chip. As mentioned this came without a battery to keep the post office happy. Although looking at the current wording of the 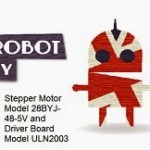 The output of my stepper motor feeds into a gearbox which I’ve been told has a ratio of approximatly 64:1. During the research of this project I came across a discussion about why the gear ratios were not exact nice

In MEW 212 Chris Smith from Taunton chastises Harold Hall for using centre drills for starting a hole and recomends using a spotting drill or stub drill instead. This is something that I also do so I thought I’d investigate 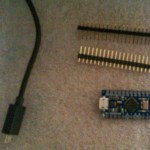 The Arduino Micro is one of the newer Arduino models but it does not get much of a mention. Like the Leonardo it has a single microcontroller chip, the ATmega32u4 which is an 8bit controller with 32K of Flash and

For my clock project I needed to control the position of the hands. My options were continuously rotating servos or stepper motors. I found some small 28BYJ-48 stepper motors and gearbox with ULN2003 driver boards on the internet so I

Back in Nov 2012 I backed a project on Kickstarter for a small Arduino like microcontroller system called “Smartduino” which I hoped to use for an internet connected humidity monitor. About this time last year I was expecting to see