A Nation of Shopkeepers

It was once claimed that UK was a Nation of Shopkeepers, if this is so then why are there frequent reports of a skills shortage in the media.

If you look at the official list of “shortage occupations” we need engineers, television and media, and medical workers. Also with an exception of a few of the medical roles, the wages are all maxing out at around £37,000, just above the national average. I’m wondering if this prospect is what discourages people from taking up these occupations?

The Manufacturer, not surprisingly suggests that a lot of the missing skills are in industry and manufacturing. They highlight a range of technician level roles that need fulfilling. These are the people who fix our cars, operate the milling machines and build our buildings. As a country I think we are too dismissive of these skills, we watch shows about cowboy builders and assume they are all like that. We look at mechanics as blokes who ogle at Pirelli Calendars and get dirty under cars, rather than skilled experts with a broad skill base of both mechanical and electrical engineering. 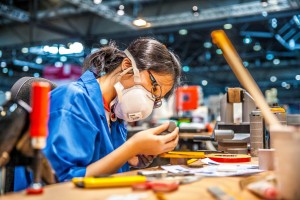 The other issue is that skills take time and effort to acquire and through shows like the X-Factor and The Voice we convince our youth that they will become rich and famous with no effort, just as soon as someone discovers them. Where as the reality is that even in the area of music the best people get to the top through a lot of hard work.

Luckily the World Skills Organisation is showing the importance of skills from cabinet making through to industrial robotics. They have a full programme of events throughout the year but in August they have a competition to find the most skilled young people in the world.

This year there were a several winners from the UK 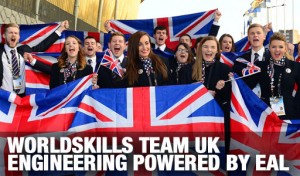 China and Korea dominated in the high technology industrial skills such as robotics with a strong showing from Switzerland and the hosts Brazil.

So at least a few of our young people have turned off their TVs and social media feeds and have learnt a skill. Hopefully they will be successful in their future venture and in the future the media will be reporting on a shortage of shop keepers.