This week I revisited Novelty Automation, for a talk by Tim Hunkin titled “Offensive Machines”. 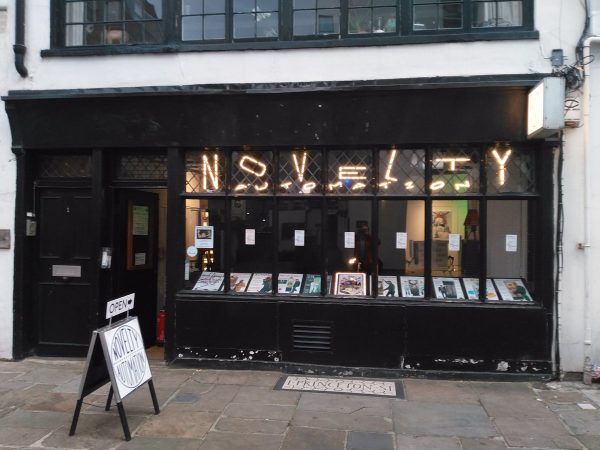 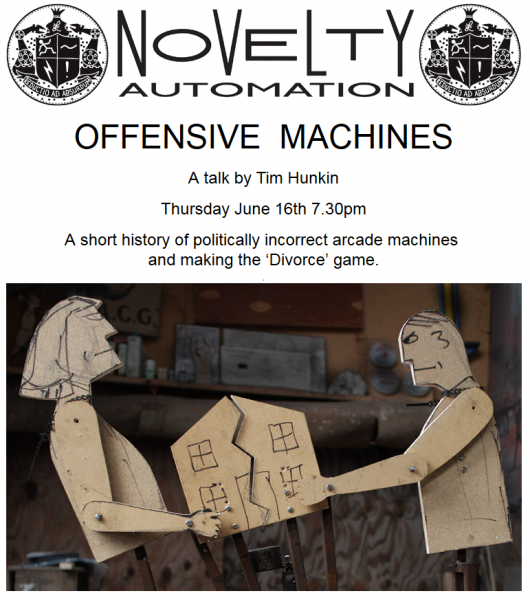 Tim started out with a history looking at automata, amusement arcades and a variety of mechanical amusements. He included a couple of my childhood favourites, the silver swan from Bowes Museum and some execution models. During the Victorian period some of these got a bad reputation with “what the butler saw” and fruit machines being invented. Tim’s also had some complains about the dark sense of humour he puts into some of his exhibits such as the Bathyscape which provided inspiration for the talk.

Then he went into the details of how he prototypes and designs a machine such as the Divorce game. To ensure the machines are reliable he uses industrial electronics in the form of testable relays and programmable logic controllers. He also gets his grandchildren to play the prototype games so he can see that they work before moving into the 3 month build cycle. The divorce machine includes a welded frame, electronic clutches, and pneumatic actuators. The figures are hand carved, Tim find women’s heads easier to carve than men. Tim collaborated with Paul Spooner from Cabaret Mechanical Theatre on the house part of the project and they spent a week making the figures and furniture. 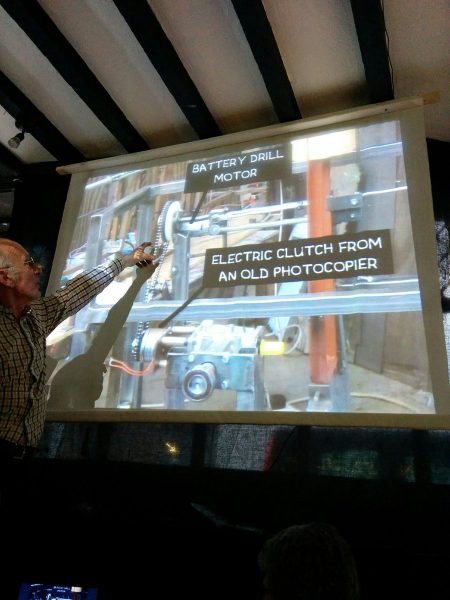 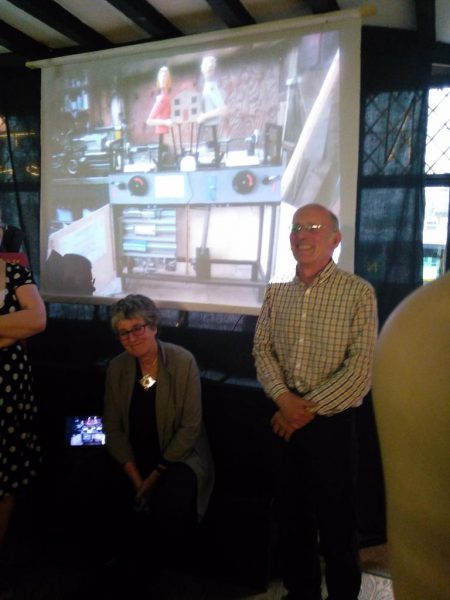 Tim’s next project is about getting on the housing ladder before you die and avoiding Cath Kidson boot wearing second property owners and developers. He’s also working one a map of the Under the Pier show. The map would highlight the most offensive machines to be avoided by more sensitive visitors.

Before the talk I had a wander around the arcade and had a game of bicyle pong with a fellow visitor, as well as seeing a single kernel of corn popped by a hot air device. There was also a new attaction, “Celeb” where you get to fly a drone around a mansion spotting celebrities.

You can see all this at Novelty Automation, just 5 minutes walk from Holborn Station or an equally good selection at the Under the Pier Show at Southwold.