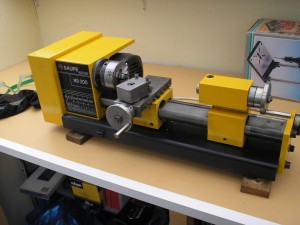 The new/old lathe arrived yesterday and I did a test run of it today to find it’s quirks and nuances. I faced off and turned down a piece of scrap metal recovered from an old rotary washing line and got some fairly good results. I intentionally pushed it a little further than it could manage and as expected got some problems but I corrected these in a later pass.

Although I joked that my first project would be to make a washer, I now plan to make a mandrel for my mini-drill’s cut off disks to replace the one I made from a bolt that requires me to make the centre hole of the cut off disks larger. I have the material and drills for this but was missing an M2 tap and die, my tap set only goes down to M3. Thanks to SFC-Tooling on ebay, I’ve tracked down some taps and a die for a reasonable price, my usual suppliers Axminster and Chronos were charging significantly more for these items. 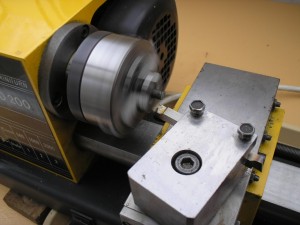 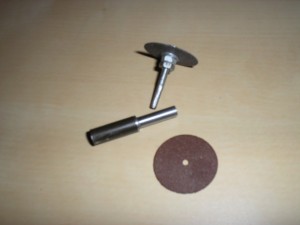 4 thoughts on “Lathe Arrival and Testing”