Today’s blog entry is a guest article from Alan Ross who I interviewed earlier this year.

Alan Ross: I had to braze up a large CD rack frame , so I took the opportunity of photographing the process. This is the third incarnation of this jig, simple and effective typically accurate to about 1mm. 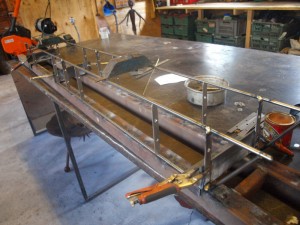 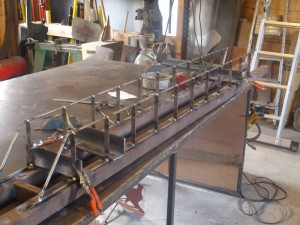 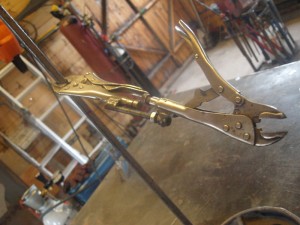 Alan Ross: I make a lot of these and they have to be accurate, setting this up takes a few minutes but avoids lots of measuring and the chance of messing things up. 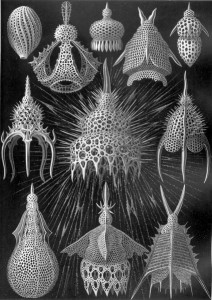 Alan Ross: Back to curves and bending, I recently had to make a large dome structure as a memorial to an old Hippy’s wife, a fabulous job, we met discussed it and how it would go together, then i got on with it. 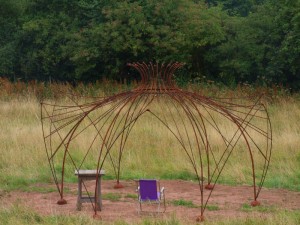 Alan Ross: To bend up the metal I had to buy a Metal Craft Power bender, the Big Daddy version of the other tool. See photo’s, a truly awsome piece of kit. Workshopshed: Are those your ‘rivet welds’ in the next photos?

Alan Ross: Yes those are the ‘rivet welds’ a process I devised for myself. Basically I bolt the structure together, then lop the back off the bolts leaving the head on one side and plug weld the back side of the bolt through the hole to leave a mock rivet. The bolts are dome headed so the front looks like a large rivet. Harder to describe than to to do. Workshopshed: Thanks again to Alan for spending time taking photos and answering questions. You can reach Alan and see more of his wonderful work via his websites.