My knowledge of aeroplanes was previously limited to the Wright Brothers, Louis Blériot, Frank Whittle and Amy Johnson. I now can add to this list Sam Cody the man who flew the first plane in Britain in 1908. Cody was an American at the time but gained later British citizenship, met with King George and died a British hero. 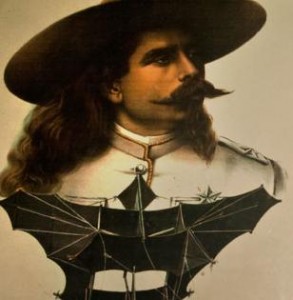 The book describes the development of early powered flight in the UK from early gliders, kites, balloons and airships through to 80mph monoplanes. It focuses on the people rather than the technology and is centred around Cody and the people at the Farnborough Airfield which at the time was known as the “Balloon Factory”.

Frater’s style is a little unusual in that it looks at his personal journey discovering the facts for the book and the people he meets on the way. This style is not to everyone’s taste and has resulted in some quite critical reviews. I feel it’s a nice alternative to a dull list of facts and found the book a most enjoyable read.

You can see more about Sam Cody and his machines at The Museum of Army Flying Middle Wallop, Stockbridge, Hampshire SO20 8DY

The Science Museum also has plenty on early flight as well as modern planes and flight simulators.

Posted in: Books and Magazine Reviews