I visited the model engineer exhibition at Sandown Park at the weekend.

Given that I took my 2 month old daughter, I managed to bring down the average age of the visitors somewhat, this also gave me a perspective on the accessiblity of the location. Most areas were accessible with the lift or ramps with the exception of the “Sports Bar” which had been renamed the “Engineer’s bar” for the day, we also shortcutted up some steps to the landsdown bar which would have otherwise meant going outside to get to those exhibits.

The exhibition had a slightly better layout that last year. The main room of the exhibition was again on the ground floor but the outdoor railway track had moved up from the racetrack to the parade ground. This meant for a smaller display but massively improved the access to see the trains. Also in the parade ground were a selection of traction engines, I think there were three but they kept moving around faster than I could count them…

The entrance hall was populated with a tracked tractor and two real steam model railways. Up some steps to the sports bar was the first room of the Society of Model and Experimental Engineers, this had a good selection of models including a traction engine with a movable anchor (for ploughing) with details of how the wheels were designed to dig in when the cables tighted up.

Through some doors from the foyer was the main trade and exhibition hall along with a large area for eating, drinking and socialising. There was a good selection of trade stands with supplies of metal, castings, machine tools, hand tools and much more. A big thanks to Chronos and Tracytools who both provided the items I’d previously discussed with them at a good price too. I had intended to buy the Story behind the models but the MyHobbyStore stand had sold out before we got there. 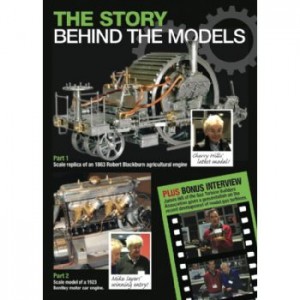 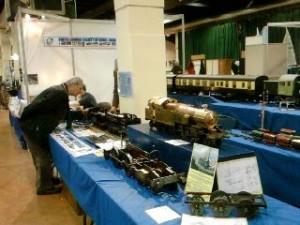 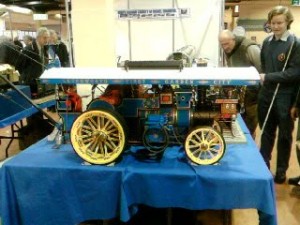 Up some steps (or via the slope outside) got us to the Landsdown champagne bar which housed a model making area, schools exhibits, a tank and a full sized 3litre car which had been built from scratch.

A quick trip up in the lift got us to the models that had won awards and unlike last year I managed to find the club room which also had an impressive selection of models along with books and magazines for sale.

I did not managed to attend any of the lectures this year but there was a large audience for the one I saw through the window which I believe was on sharpening tools.

All in all a good event this year with improved layout, a friend who was a first time visitor with his son described it as well worth the entrance fee. My daughter loved the steam engines but the noise of the Stirling engines put her to sleep, my top priority project for next year will of course be a Stirling engine!