Invention of the day – Welded rivet

I’ve been following Patrick Andrews Invention of the day for some time now and it’s inspired me to share the following thought with you.

My thought this morning was based on what I saw the other weekend when welding a frame, the 8mm bar heated up quite a lot glowing red before I’d finished welding it. So I wondered if it had actually changed in length during the process.

This idea is for a welded rivet. It could be used to join materials that can’t be welded or where it is not desirable to weld them. The rivet consists of a pin and a plate that fits over the end. To join the fastener, the welder would direct their torch into the hole in the plate this would cause the pin to heat and hence elongate. The welder would then proceed to weld the pin to the plate in a similar manner to how a plug weld is formed. As the weld cools the pin would contract and hence tighten the joint. 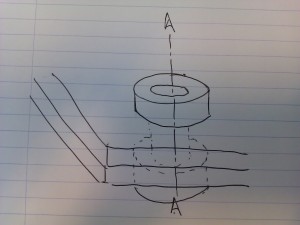 Sketch of the welded rivet 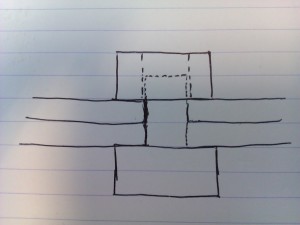 I’ve not actually tried this so I don’t know if it would work but I thought I’d get my idea down and share it with you all. If anyone tries this out I’d be interested to hear if it works.

2 thoughts on “Invention of the day – Welded rivet”