Back in February I drew up a metal frame in CAD, that I promised to fabricate for a friends shed. I cut up the metal last month and the other weekend tack welded it together. I also got to try out some next clamps that I’d not used before.

The material is 3mm x 30mm steel, I was using a 1.6mm red tungsten (2% Thoriated) with a number 5 cup, I was using DCEN with approx 70A although could have probably done with a few more amps as the puddle was a bit small.

Here’s some pictures of the process: 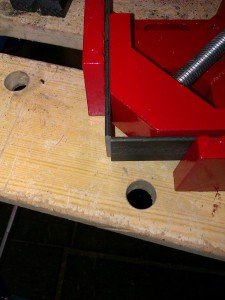 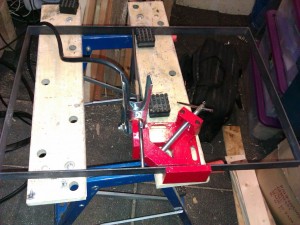 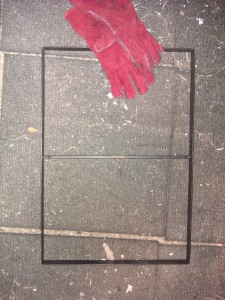 ﻿Experiments with clamping the tab (for the window lock to be attached to), firstly with a Stronghand magtab and then with some small corner magnets. I chose the latter as it allowed me to tack both ends of the piece in one go. One of the corners, outside and inside. 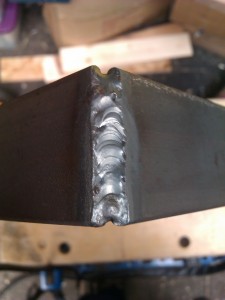 The tab welded, that rust coloration was poor torch control on my part, the arc wandered off line and hence out of the protection of the argon gas flow. Welding of the middle round bar proved challenging but I found I could rest the cup on the work and the arc was just in the right place. Luckily the frame spacing was large enough to give good access to this bar.