I’ve been trying to work out how to get all the necessary functionality relatively cheaply but without having to write things like drivers/libraries myself.

For the processor, there are small boards such as the Extracore and Boarduino that come in at about half the price of an Arduino Uno but often these require extra cables or adapters to allow them to be programmed which brings the price back up.

I also looked at the ethernet cards, shields and arduinos with built in ethernet such as the Nanode Gateway (£35) but again these seem relatively expensive.

However just this week I came across smARtDUINO. The key design features of this platform are the open system for connecting modules centred around a 2 socket bus, it also aims to be small and cheap which suited me just fine. Also key for me was the fact it has mounting holes so I can bolt it to the case. The boards reminded me of the PC104 industrial computer standards with regards their form factor and stackability. 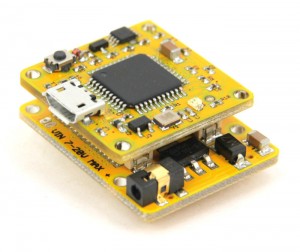 Because the project is being launched on Kickstarter you select a bundle of parts that match the amount you want to sponsor the project by. Dimitri the project leader has also been smart in letting you add additional parts from a custom page he emails you. 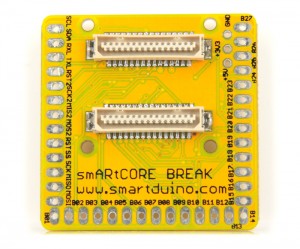 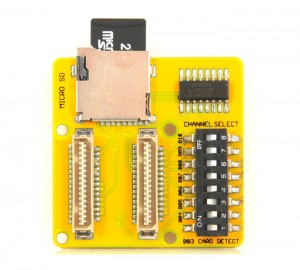 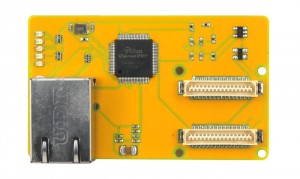 So by taking a basic bundle and adding a memory and ethernet card I’ve ended up paying just $39 (approx £24) for all the computing parts I’ll need for this project which is actually less than some people are charging for just an ethernet shield. Also because all the parts are coming from one supplier I’m confident that they will work together.

On top of this I need to add in the sensors needed to do the monitoring but I should be able to pick those up relatively cheaply.

Obviously this approach is not for the impatient as the parts won’t be delivered till next year.

One thought on “Internet of things”