Over in Edmonton just off Montagu road is a full sized sculpture of a horse made from slabs of steel.

I’ve passed it in the car many times but finally at the weekend had a chance to stop and take a closer look. It’s weathered nicely and is now a horse colour rather than the brigher colours when it was first installed. 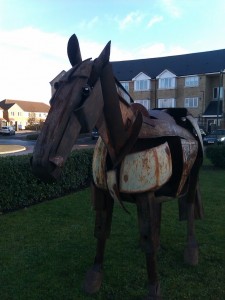 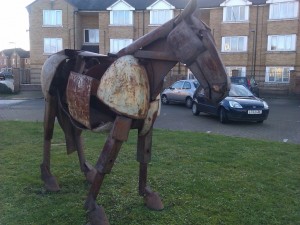 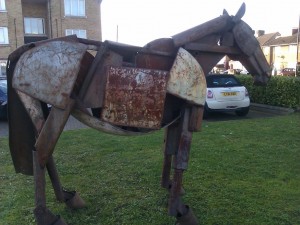 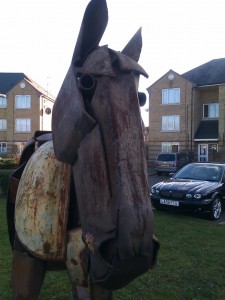 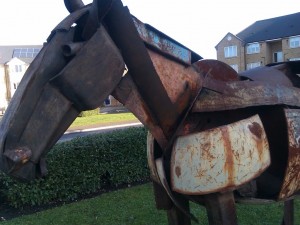 From my quick research I’ve discovered that the sculpture was commissioned in 2003 to mark the 40th birthdays of two local houseing associations London & Quadrant Housing Trust and Metropolitan Housing Trust. The horse is known locally as Monty and it’s said to represent that there used to be horses kept in the fields on that site before the houses were built.

The sculptor was Iain Nutting who studied at St Martins College and his thoughts on the sculptrue were “Large public art always causes controversy but I hope people will come to like Monty.”