The BBQ project is pretty much finished, I’ve just got to clean the grill, take some photos and of course test it out with some burgers.

So I’m now thinking about what next.

I’ve a few other unfinished projects to sort out. My magnetic rotary sensor needs re-soldering after I destroyed the last chip. I will likely put that on another breakout board for testing but I’ve also recently spotted Ragworm who can make up small PCBs for a very good price as they charge by the cm2. So for the chip that gets used in the final version I’m very tempted to get a board made up. I’m also hoping to build a humidity monitoring “internet of things” sensor for the shed. I’ve most of the parts but I’ve been waiting on Smartmaker for the Ethernet module for their Arduino boards. Their designs are finalised and should be moving into production. So I need to get the coding done for the sensor (which I already have) and for a webservice to record the data, or I could use something like Pachube/Cosm/Xively.

On the metal work side I’ve my stainless steel folded sculpture to make. That is going to require some basic forging, folding the sheet and some stainless steel welding. Also likely lots of sanding and polishing will be needed. 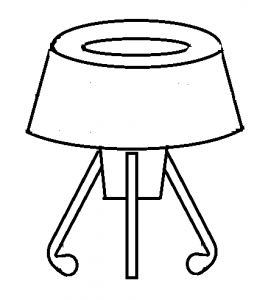 And of course I’ve loads of other ideas and part projects that I’ve not even told you all about yet….