So that the Topsy Turvy Clock has a good finish I decided to trim some of the brass screws so that they would be flush with the plates rather than sticking up proud. To facilitate this process I made a simple filing plate.

This is an old scrap of steel in which I’ve drilled and tapped a 3mm hole. 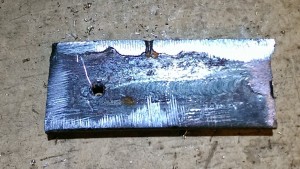 I did try to harden this but I think I did not get it hot enough as the file still cuts into it. However because the brass is softer than the steel it’s not really an issue and the plate does it job.

To use the plate you basically screw the screw through the hole and then saw to length, the ragged end is then filed. When the screw is removed from the plate it ensures that the thread is not damaged. I’ve previously just used a nut for this job but given that I was doing a number of screws I thought a dedicated tool would make sense. 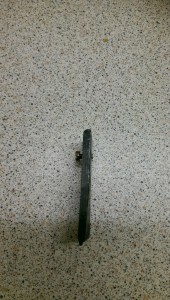 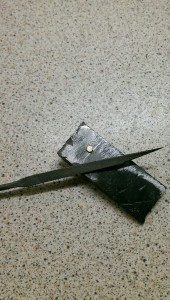 Here’s the end results although I may redo one of them which I cut before making the filing plate and turned out a bit short. 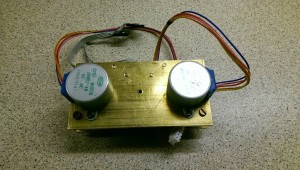