For an upcoming project I wanted to build some circuit boards and the main component only came as a surface mounted device (SMD). I asked the members of the Element14 community what they would recommend regarding tools for SMD components. They all mentioned magnification and lighting. Although there are plenty of off the shelf magnifier lamps available I thought it might be good to try to design and build my own. As a light source I already had a large amount of 5mm white LEDs so it made sense to include those.

Initial design of the Magnifier Lamp 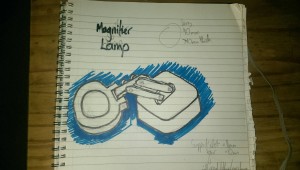 Design of a Magnifier Lamp

Looking through my materials I found some aluminium and wood for the arm and base. The 5x lens was a cheap hand held magnifier, I cut off the plastic frame that surrounded the glass lens. 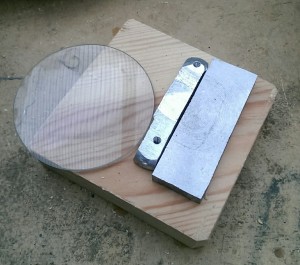 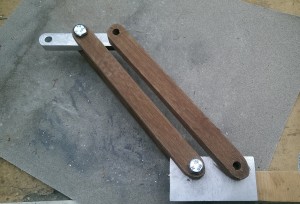 The head of the lamp is 3D printed and has gone through several iterations. I test printed the first few layers to check that it was the right size and would fit with the other components. Initial design prior to sketch 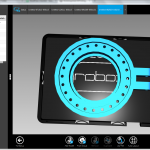 Right on the limits of the printer 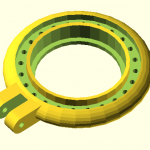 I tested the LEDs to see what their voltage drop was and check the brightness. The drop was 3v which was higher than I realised but appears to be typical for these type of LEDs so the wiring is designed around that with 8 sets of 3 LEDs. The plan is to hide the current limiting resistors in the base or head depending on how much space is available. Don Hersey recommended using flexible cables which I though was a good idea so I sourced some cheap multimeter cables to use. The next step is to print out the head of the magnifier lamp and wire up the LEDs. It’s going to be a long print and my printer only works off the office laptop so I need to schedule it for during the weekend. I also need to think about a lid to put over the wiring, that with likely be a simple 3D printed ring that slips onto the head.

One thought on “Magnifier Lamp – Design and test”